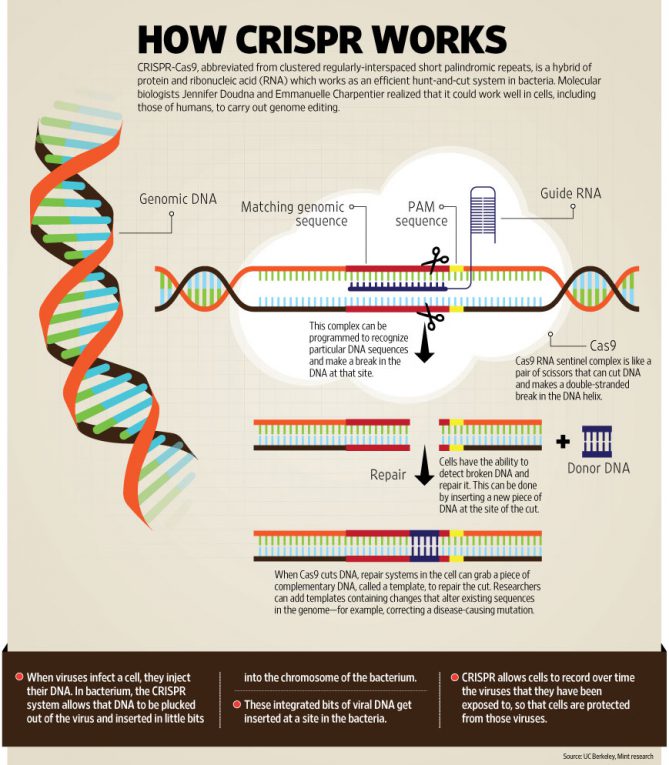 Researcher Yinong Yang developed a type of white button mushroom that looks identical to the type you’d buy in the produce section of a grocery store. The mushroom was created using CRISPR technology, which allows modification of genes with great precision. Put simply, CRISPR allows scientists to find an undesirable section of DNA, remove it, and, if they so choose, replace it with a more favorable gene slice.

Yang used CRISPR to alter 2 letters of the mushroom’s DNA code to create a Franken-fungus that is more resistant to browning from oxidation.

And that’s where all hell broke loose.

The USDA is allowing Yang’s new strain of mushroom to sidestep the GMO regulatory system, even though it couldn’t be more genetically engineered if Yang programmed it to grow a brain. The department says the mushroom gets a free pass because it does not contain “any introduced genetic material” from a plant pest, such as a virus or bacteria.

Under the USDA’s rules, conventional GMOs are created by introducing foreign genes, like a bacteria designed to make a crop resistant to pests. As long as you don’t add anything to a crop, it’s not considered a conventional GMO.

“Consistent with previous responses to similar letters of inquiry, APHIS does not consider CRISPR/Cas9-edited white button mushrooms as described in your October 30, 2015 letter to be regulated pursuant to 7 CFR part 340.”

Yang “merely” deleted some of the mushroom’s genes that create the enzyme that turns it brown.

In the past 5 years, 30 new crops have used the USDA’s loophole using techniques similar to CRISPR, which alter the already-existing genome to give the crop new abilities.

Scientists who use CRISPR applaud the loophole, because they believe it will lead to more innovation. Rodolphe Barrangou of North Carolina State University told Quartz:

“Anyone I talk to who is doing any genetics research is using CRISPR. The first instance is always compelling, but in 6 months the number will be much higher.”

But Patty Lovera of Food & Water Watch, a group focused on corporate and government accountability relating to food, water, and fishing, argued:

“The USDA decision is a perfect illustration of how weak regulations for evaluating genetically engineered crops are.”

The US National Academy of Sciences plans to hold its first meeting this month to overhaul the government’s GM regulations.