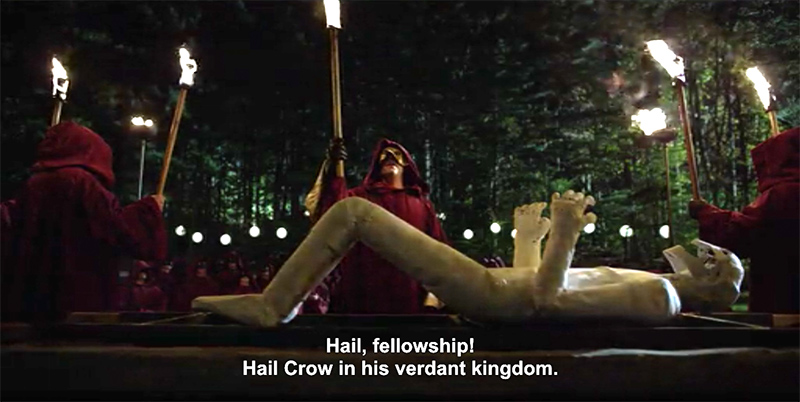 The latest season of the Netflix drama House of Cards features an episode in which politicians attend a Bohemian Grove-like retreat complete with an ominous statue and a mock human sacrifice. 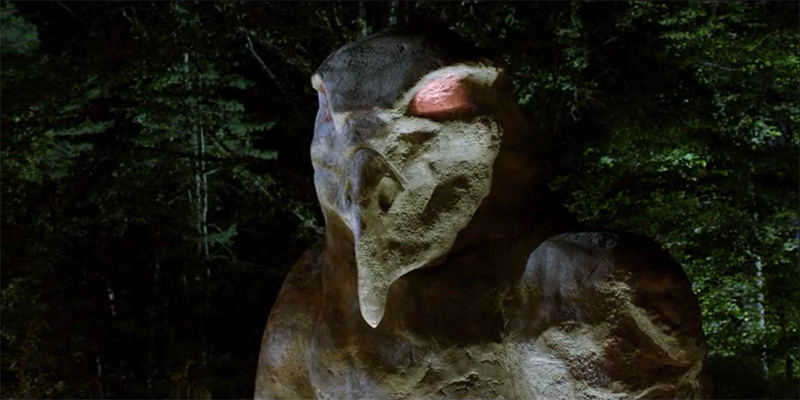 “Some of the most powerful men in the world are gathered in this clearing,” Underwood states, proceeding throughout the episode to scheme at the club with other influential members.

The episode starts with robed figures chanting in the woods while conducting a ceremony in which they set a human effigy ablaze.

A crow serves as a substitute for the Bohemian club’s real mascot, the owl. 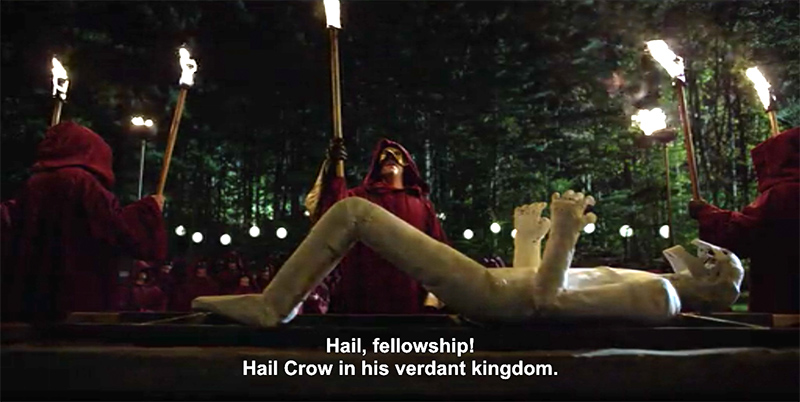 The fictional ritual alludes to an actual ceremony conducted inside the Bohemian Grove club nestled within the Redwoods north of San Francisco.

When Infowars founder Alex Jones famously infiltrated and taped inside The Grove in 2000 he documented the “Cremation of Care” ritual, in which hooded men sacrificed a human effigy to an owl deity with the goal to rid themselves of worry throughout their stay.

“The Bohemian Grove, which I attend from time to time… It is the most faggy goddamned thing you could ever imagine…” Nixon once said of the club.

Despite maintaining the air of an innocent boy’s club, insiders have revealed that major policy decisions are indeed discussed and crafted there, including plans for the infamous Manhattan Project atomic bomb scheme, an idea members are reportedly proud of.

Pick up Alex Jones’ documentary, “Dark Secrets: Inside Bohemian Grove,” and his subsequent film, “The Order of Death,” documenting the occult origins of The Bohemian Grove, Skull and Bones and other secret societies.