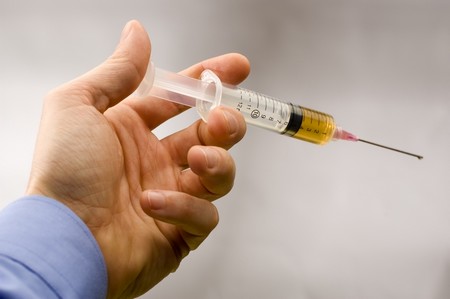 A new national organization called VaxTruth is dedicated to telling people about their rights to legally refuse vaccines for themselves and their children.

While the medical establishment refuses to consider it as a cause, the biggest change during this time had to do with a radical rise in vaccines being given at a very early age. It is this rise that an increasing amount of parents with autistic children hold responsible.

In fact, the problem may be considerably larger than autism. There is apparently virtual worldwide genocide going on thanks to vaccines. In the US it’s been noticed because of the startlingly high rates of autism … but commentators such as Guylaine Lanctot, M.D. have noted that vaccines may have wiped out whole populations in Africa where vaccines are provided aggressively.

While naturopaths and some others hold that vaccines’ efficacy is entirely the result of elitist propaganda, a less radical view that circulates within the alternative media accepts that vaccines are utile but that they are over-used and under-analyzed.

It is quite likely, according to this view, that a proportion of children are either sensitive to vaccines or become prone to injury because of the amount of vaccines they are receiving. Children in the US for instance are now scheduled for nearly 20 vaccines, and the number keeps rising.

It is likely that a portion of the population has an increasingly attenuated immune response because of vaccines and this makes them susceptible to conditions such as AIDS (whatever it actually is).

The pharmaceutical industry serves at the pleasure of globalists who have long made population reduction their goal. As part of their secretive goal to formally run the world, they use famine, war and vaccine injury to injure and ultimately reduce human populations.

Thanks mainly to the Internet, both the elite agenda and problems with vaccines have been uncovered and shared worldwide. As with many issues pertaining to elite neo-authoritarianism, the United States has led the way because of a cultural exceptionalism that encourages citizen activism.

VaxTruth is a good example of this sort of citizen activism. The vaccine information group has placed billboards in four states over the last year: Indiana, Texas, Colorado and California. The billboards proclaim: “No Shots, No School… NOT TRUE!!” Austin, Texas and Kansas are scheduled to receive such billboards next.

The group has received attention via articles on vaccine-education websites such as Age of Autism. It is run in part by Marcella Piper-Terry who explains on the website VaxTruth.com that she finally decided she’d “had enough of the one-sided reporting” regarding parents’ legal rights to accept or reject vaccine regimes for themselves and, especially, their children. Piper-Terry writes that she has a child injured by vaccines.

Her bio also notes that she has a master’s degree in psychology and has worked as a therapist and as a neuropsychological evaluator of children and adults. She founded VaxTruth with two others, Megan and Spencer Pond in the fall of 2011.

Piper-Terry who lives in Southwestern Indiana, acted after the Evansville Courier and Press newspaper printed a front page story telling parents their kids couldn’t go to school unless their vaccines were “up-to-date.” She asked for a retraction and was told it would not take place.

She quotes the Metro Editor as saying he would not “print anything that would cause parents to question the safety of vaccines.” Piper-Terry then decided to act on her own to inform people of their rights. “That’s how VaxTruth and the Billboard Campaign came into existence,” she explains.

VaxTruth encourages fundraisers that can generate cash to buy billboards. Most states have various kinds of exemptions that allow concerned parents to remove their children from vaccine programs if they are concerned with the ramifications.

To make the point about the importance of vaccine non-compliance, VaxTruth publishes and republishes articles about parents’ interactions with the medical community. One article recently posted to the website is a first person account by Alisha Lynn Ramsey on a “a horrible experience with a doctor” within the context of vaccine demands.

She writes that she took her son Adam in for his two year “well visit” and that during the check up, it became apparent to both the senior doctor (pediatrician) and the student doctor that she was “selectively” vaccinating. The article continues as follows:

… I instinctively pull my son back to me and tell him, “No. We do not want any vaccines.” The pediatrician goes on to tell me that everything I’ve read online about autism isn’t true. I respond, telling him that’s not why we aren’t vaccinating. He says to me, “You are going to kill your son. You don’t want to be responsible for killing this little boy, do you Mrs. Ramsey?”

Before I could respond he nods to the student doctor, who steps forward to try to take Adam out of my arms AGAIN. I pull back and am backed literally into a corner at this point and I’m shaking. The pediatrician goes on about how I am not thinking of the best interest of my child and how I’m going to kill him and that he WILL be getting the vaccines today and more every month until he is up-to-date in full.

His voice is beginning to raise by now and the look on his face stern. “This is for the best, Mrs. Ramsey so be compliant.” As he says this to me, for a 3rd time the student doctor tries to take Adam from my arms; this time a little more assertively. The student doctor looked as white as a sheet but also looked like he was doing what he HAD to do because of what his boss was telling him. He looked young enough to be wet behind the ears.

I’m standing in a corner, in a room the size of a box with these 2 men trying to take my child and vaccinate him against my will. I hold onto Adam as the student doctor is trying to take him from my arms and Adam begins to cry and cling to me. I’m shaking; I’m afraid and Adam can sense this. I put both arms around Adam and bring his head towards my bosom to protect him and I pull bravery from somewhere.

“He will NOT be vaccinated. You will NOT be putting poison in my son.” I stammered, shaking like a leaf but I held strong.

The pediatrician GLARED at me. “Well,” he says clearly irritated.” If you aren’t going to comply, then you leave me no choice. Not only will you not be allowed back at this clinic but I will be reporting you to Child Protective Services. You are endangering your child.”

I didn’t wait for him to say anything more, I pushed past them and walked out. As I’m walking down the hall as fast as possible, with Adam screaming scared to death and me shaking like mad, he hollers after me, “You’re going to be sorry for letting Google be your doctor!”

I walked faster and got out of there as fast as I could.