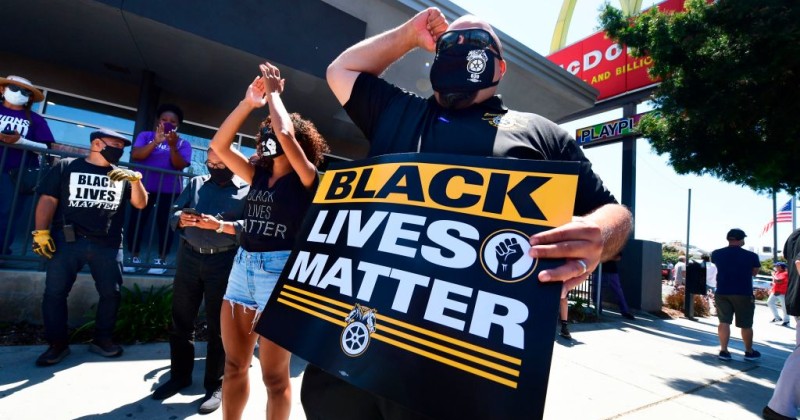 After enjoying a surge in support following the death of George Floyd, a new polls reveals that a majority of Americans now oppose the Black Lives Matter movement.

The survey, conducted by Civiqs, shows that in early June, 44 per cent of Americans supported BLM and 34 per cent opposed it.

However, those numbers have now changed, with 41 per cent supporting BLM and 44 per cent opposing the movement.

“This is a return to normalcy more than anything,” commented one Twitter user in response to the poll.

Minor white-pill: White support for Black Lives Matter has declined in recent weeks, with more white people opposing the movement than supporting it. Such was the case prior to the George Floyd riots, so this is a return to normalcy more than anything.https://t.co/1jyGhyBPlL pic.twitter.com/JojZ9S471E

The flip in support has no doubt been fueled by almost two months of rioting, looting and statues being torn down across America.

Despite the public now turning against the movement, giant corporations continue to virtue signal in support of BLM, although Red Bull bucked that trend by firing two directors who had tried to pressure the company to take a pro-BLM stance.

The founders of BLM openly state that the movement is about overthrowing capitalism, the “patriarchy” and western enlightenment ideals in general.

While many leftists would support that, it seems as though the majority of Americans don’t.