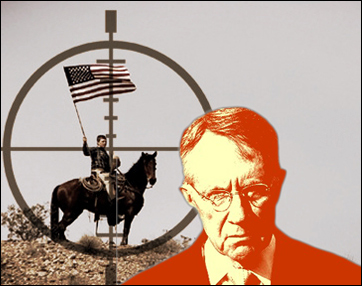 The seemingly Teflon senior senator from Nevada, Senate Majority Leader Harry Reid, has been forced to respond to charges made in a two-part investigation into his dealings published last week at RealClearPolitics. The initial investigation looked into multiple claims of corruption, and responses from Reid’s PR people failed to deflect them.

Adam O’Neal led off with a relatively innocuous charge that in 2012 and 2013 Reid’s campaign staff spent some $30,000 buying appreciation gifts for his donors from a store owned by his granddaughter. It was a small thing: The amount spent by his staff was seven times more than the staff spent elsewhere, combined. In the past such charges would have met apathy from Reid, who simply ignored them and passed them off. Reid was willing to let time go by and memories fade. Not this time, apparently — Reid’s staff said that to avoid the appearance of impropriety, Reid would pay those bills out of his own pocket. He tried to ingratiate himself at the time, saying that he was glad he could afford to write the check.

Arriving in Washington in 1983 as Nevada’s only representative, Reid declared a net worth of about $1 million. At the latest count, he estimates his net worth at 10 times that, if not more. Since much of his portfolio is in real estate, estimates may vary with circumstances and timing and political maneuvering.

O’Neal pointed out that over the years — especially since Reid became Senate majority leader in 2007 — he has built “a dizzying network of mutually beneficial political, personal and business alliances. These associations benefit Reid, his family, his close friends and, very often, the state.”