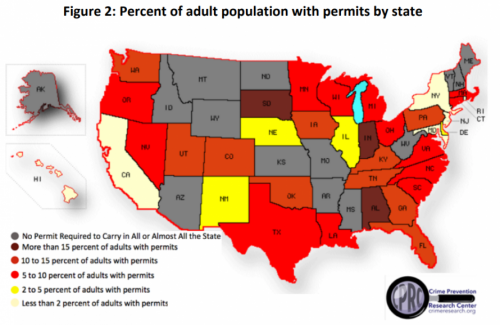 New research from economist and author John Lott of the Crime Prevention Research Center reveals that Americans have been applying for permits to carry concealed weapons (CCW) in record numbers, especially among women.

“We have seen an increase from 4.6 million permits in 2007 to 17.25 million now, with the number increasing every year,” Lott – the author of the highly cited book More Guns, Less Crime told Fox News.

“The states that we have seen a slowing of permits have primarily been these Constitutional Carry states where a permit is no longer required, indeed some of those states have even seen a drop in the number of permits even though the number of people carrying in those places has undoubtedly gone up,” added Lott.

The report also notes that despite the common assumption that CCW applications would drop off after the 2016 election, quite the opposite has happened.

“Conventional wisdom held that the sharp rise in gun sales during Obama’s presidency was driven, at least in part, by the threat of guns control,” the study says. “That’s why everyone expected gun sales to decline after Trump’s victory.” 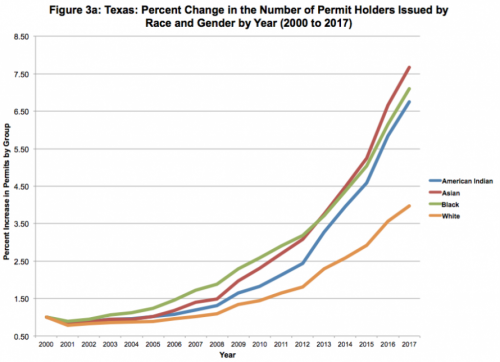 The number of women and minorities with CCW permits has continued to rise, with Black and Asian women leading the pack. 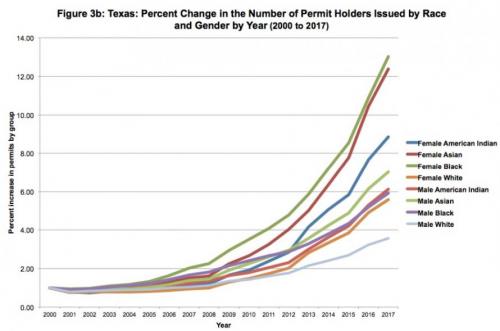 Interest in CCW permits has corresponded to various mass shootings, as Lott illustrates on page 40. 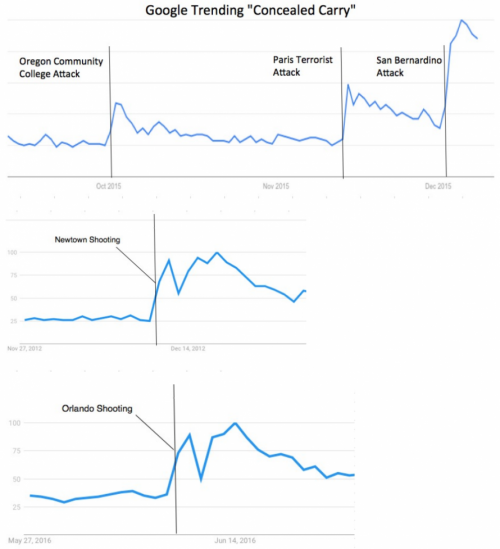 After 2014, the murder rate began to climb with the rate of CCW holders, however an increase in violent crimes was comparatively muted: 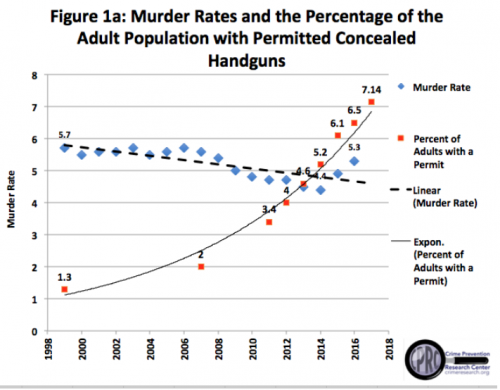 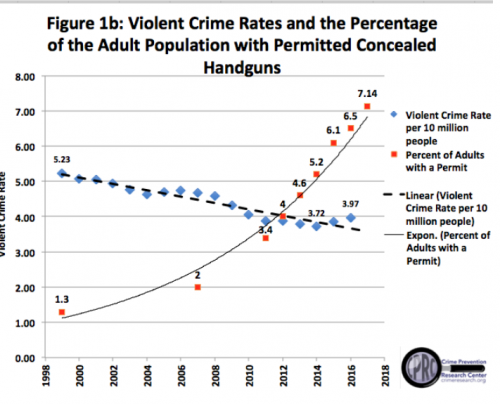 Read the full report below: