A new peer-reviewed scientific study has found that soybean workers exposed to glyphosate suffer from DNA damage and elevated cell death. Adenine (A), cytosine (C), guanine (G), and thymine (T) are the components of nucleic acid that make up DNA, and biotech is making these important parts of our biology a mash-up that no sane person would ever want to experience.

Soybean workers in Brazil exposed to fungicides herbicides and insecticides (the main three chemical classifications used extensively by the biotech farming model) experienced an elevated level of cellular apoptosis, as well as remarkable DNA damage according to the Elsevier published, Mutation Research/Genetic Toxicology and Environmental Mutagenesis.

The research concentrated on Glyphosate and 2,4-D, two chemicals that practically cover all of the US farming landscape. Glyphosate alone is used doubly as often as it was five years ago, with more than 185 million pounds of glyphosate-based and Round Up ready chemicals sprayed on our crops annually. Most GM crops were made, in fact, to withstand Round Up chemicals specifically. (Interestingly, the USDA won’t even test for glyphosate regularly because it’s ‘too expensive.’)

The herbicide 2,4-D has been used even longer than glyphosate – since the 1940s in fact – so there is no telling just how saturated our soil, and water is with this particular chemical. (Agent Orange, used during the Vietnam war contained 2,4-D.)

Danieli Benedetti and others found that the widespread cultivation of GM soybeans in the State of Rio Grande do Sul (RS, Brazil), especially in the city of Espumoso is particularly toxic to farm workers there.

“. . .the comet assay in peripheral leukocytes and the buccal micronucleus (MN) cytome assay (BMCyt) in exfoliated buccal cells were used to assess the effects of exposures to pesticides in soybean farm workers from Espumoso.A total of 127 individuals, 81 exposed and 46 non-exposed controls, were evaluated. Comet assay and BMCyt (micronuclei and nuclear buds) data revealed DNA damage in soybean workers.

Cell death was also observed (condensed chromatin, karyorhectic, and karyolitic cells). Inhibition of non-specific choline esterase (BchE) was not observed in the workers. The trace element contents of buccal samples were analyzed by Particle-Induced X-ray Emission (PIXE). Higher concentrations of Mg, Al, Si, P, S, and Cl were observed in cells from workers. No associations with use of personal protective equipment, gender, or mode of application of pesticides were observed.

Our findings indicate the advisability of monitoring genetic toxicity in soybean farm workers exposed to pesticides.”

It isn’t just farm workers that need to be concerned, though. Research in the German journal Ithaca stumbled upon significant concentrations of glyphosate in the urine samples of city dwellers. Many of the participants in this study showed glyphosate levels in their blood and urine that were up to 20 times the allowable levels in drinking water.

Multiple studies prior to the Brazilian research just conducted have shown cytotoxic and DNA-damaging effects of glyphosate exposure. In one study, Koller and his colleagues found that:

“. . . lymphocytes and cells from internal organs indicate that epithelial cells are more susceptible to the cytotoxic and DNA-damaging properties of the herbicide and its formulation. Since we found genotoxic effects after short exposure to concentrations that correspond to a 450-fold dilution of spraying used in agriculture, our findings indicate that inhalation may cause DNA damage in exposed individuals.”

As Natural Society previously reported, another study found that it only takes 57 parts per million for Round Up to completely destroy human kidney cells. We kind of need our kidneys. Agricultural levels of glyphosate are often more than 200 times this level.

You have to assume Monsanto knew that its RoundUp chemicals would damage DNA. After all, they’ve hidden toxicity results before, saying that they were a ‘commercial secret.’

Approximately 92% of all soybeans grown in the US are GMO, which means they are grown with Round Up or glyphosate-containing chemicals, and the Koller study found that even smaller concentrations (.02%) of Monsanto’s best seller sprayed on our crops causes DNA damage.

That means you can dilute Round Up more than 98% and it will still damage your cells.

In what country is a company allowed to knowingly, purposefully, scientifically kill human DNA (and thus humans) and not be charged with murder, treason, or at the bare minimum the withholding of information? Oh, that’s right – America.

Sure, biotech companies will tell you that DNA gets damaged all the time – from UV rays, oxidation, medical X-rays, even environmental toxins which biotech doesn’t create, but hen they systemically market a product(s) that kills your cells – shouldn’t they be stopped?

Damaged DNA leads to cancer, faster aging, neurological disease and the break down of our organs. There are hundreds of pathological conditions which are caused by damaged DNA, not that we can’t take proactive steps to heal our DNA, but agencies which allow these products to stay on the market are an abomination.

Even 9th graders understand the importance of DNA, and while the human genome project that sequenced more than 100,00 genes stilldidn’t explain the whole picture of our genetic make-up, DNA is an essential part of it, and shouldn’t be damaged. You can revisit the basics of DNA, here. 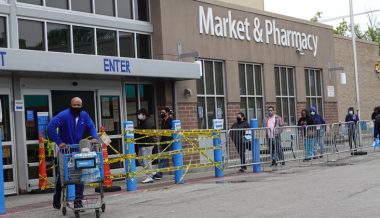