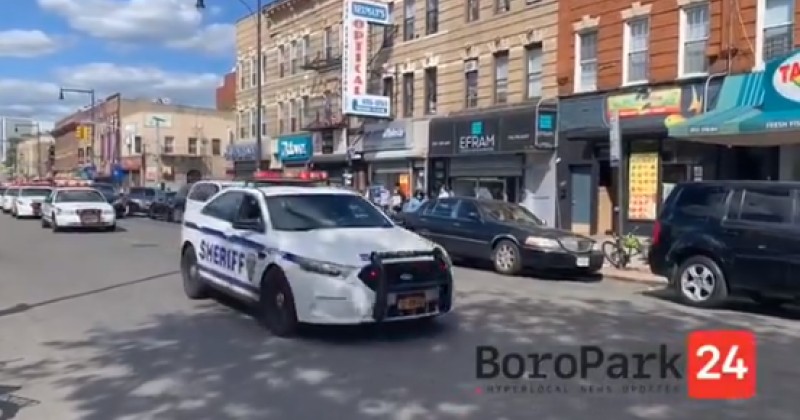 A video out of New York shows police enforcing social distancing rules despite the fact that riots and looting were taking place just two miles away.

“Is this a SICK JOKE?” asked Yossi Gestetner. “As Brooklyn is burning 2 miles away and roads are shutdown due to protests, your Sheriffs are again in Borough Park today (@NYPD66Pct) to make sure that stores are closed due to social distancing rules.”

.@NYCFinance Is this a SICK JOKE? As Brooklyn is burning 2 miles away and roads are shutdown due to protests, your Sheriffs are again in Borough Park today (@NYPD66Pct) to make sure that stores are closed due to social distancing rules. cc @KalmanYeger pic.twitter.com/zhD6aCjQy3

Another video shows officers from the same precinct monitoring social distancing in the same area at night, even as violent unrest was occurring in nearby areas.

This was last night in front of @NYPD66Pct which covers Borough Park. Quiet and calm. It’s a neighborhood where its inhabitants want a funeral for a loved one; pray with a Minyan; have program a few hours a day for their children, and work to pay bills. Few are looking 4 trouble. pic.twitter.com/G7swJOEpdt

Police departments in numerous cities have been criticized for doing little to intervene as violent chaos swept the country.

As we highlighted earlier, in Portland, officers even took a knee in submission to the protester’s demands.

Meanwhile, in the UK, the same media that has for a week tried to hound a government advisor out of his job because he violated social distancing rules to secure urgent care for his child had nothing but praise for a mass gathering of thousands of Black Lives Matter protesters in London.

The British media and the left spent over a week trying to get one guy fired because he violated "social distancing" to arrange urgent care for his child.

Thousands of people do the same in the middle of London and the only reporting on it is gushingly positive. pic.twitter.com/WoCASAF8z3