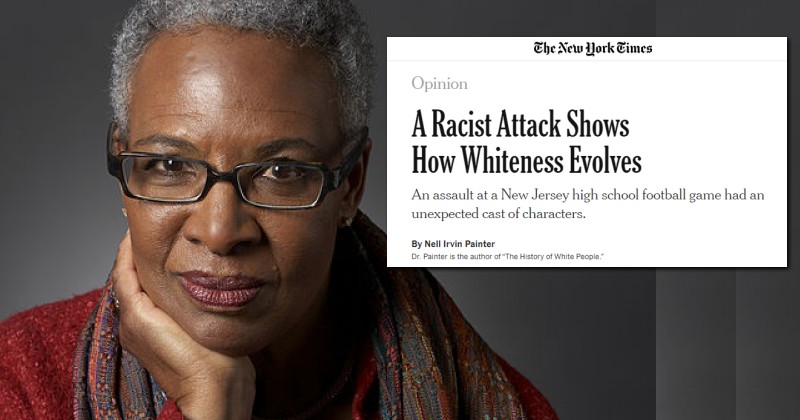 The two 17-year-old Indian boys allegedly used racial slurs against a group of African-American girls and urinated on one during the game at Lawrence High School last Friday night.

Who’s to blame for the attack? White people, of course.

That’s according to New York Times columnist Nell Irvin Painter, who says that the Indian boys were “enacting American whiteness through anti-black assault in a very traditional way.”

“In doing so, the assailants are demonstrating how race is a social construct that people make through their actions. They show race in the making, and show how race is something we perform, not just something we are in our blood or in the color of our skin,” she added.

How convenient. By making race a “social construct,” the racist actions of non-white people can still be blamed on white people. Incredible.

“In the New Jersey incident, the heritage or skin color of the boys suspected of the assault doesn’t matter,” writes Painter. “What matters is that they were participating in this pattern and thus enacting whiteness in a very traditional way.”

Her entire argument appears to stem from her claim that a football game is a “white space” and therefore white people are to blame for anything that happens there.