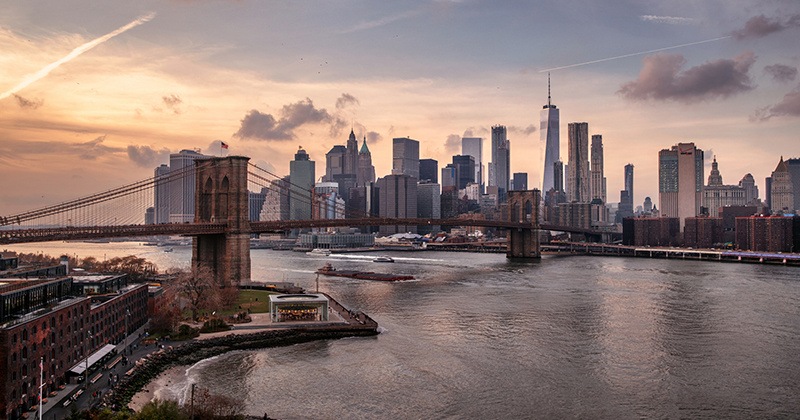 As public discourse continues to move toward removing historical statues of figures with histories considered troublesome by modern standards, ranging from Christopher Columbus, to Robert E. Lee, to President George Washington, new light must be shined on the racist, slave-owning history of the Empire State and its commerce capitol, New York City.

Both New York and New York City were named after the prestigious house of York, specifically the Duke of York during the mid 17th century, James Stuart.

The police across the united states are growing tired of the continual abuse and they are now moving toward a complete strike.

Stuart captured Dutch settlements along the east coast, eventually capturing New Amsterdam, which was quickly changed to New York to reflect Stuart’s role in capturing the town for the British Empire.

Stuart would go on to facilitate the slave trade of between 90,000 and 100,000 Africans through the trans-Atlantic slave trade.

James Stuart conquered the settlements between the Delaware and the Connecticut rivers from the Dutch in 1664, and the name of the principal port, New Amsterdam, was promptly changed to honor the new master. James’ brother, King Charles II of England, gave the territory to the duke in exchange for four beaver pelts annually.

The Duke of York, who later became King James II of England (and James VII of Scotland), created Britain’s greatest slave empire known as the Royal African Company, which transported between 90,000 and 100,000 African slaves to the Caribbean and American colonies between 1672 and 1689.

The slave trade would not be abolished in New York until over a century later in 1799, when laws were passed to slowly emancipate all slaves living in the state.

While the name itself comes from one of the world’s most illustrious slave traders, dozens of New York streets, schools, and buildings are also named after those who engaged in the slave trade.

In 2018, the New York Almanac compiled a list of 24 streets, one high school, and at least two upscale housing divisions named after New Yorkers involved in the slave trade throughout the 17th and 18th centuries.

There are currently five streets named after the Bayard family, which imposed British rule on New York in the 17th century, and “operated sugar mills processing slave-produced commodities in the city.” The family also “owned stakes in at least eight slave-trading ships.”

An additional problematic street runs through what was once the Bayard estate, named Houston street, named for the husband of one member of the Bayard family.

While the head of the Bayard family was at one point the mayor of New York City under British rule, the same man, Nicholas Bayard, was also the nephew of Dutch colonial superintendent Peter Stuyvesant, who during Dutch rule was “the largest private slaveholder in the Dutch colony.”

The Stuyvesant family is honored by an elite high school and at least two neighborhoods named in its honor, despite this racist history.

There are also numerous iterations of Beekman Street, Clarkson Street, DeLancey Street throughout New York City, its major burghs, and the rest of the state. All of these streets were named after prominent slave owners in New York history.

“Gerardus Beekman, a wealthy physician, landowner, slave trader, and a colonial governor of the Province of New York,” explains New York Almanac, while the DeLancey family “owned shares in at least four slave-trading vessels.” Meanwhile, Matthew Clarkson was “a Revolutionary War general who partnered in the slave trade with his father, David Clarkson.”

There are also “DePeyster, Duane, Moore, Mott, Pike, Reade, Rutgers, and Vandam streets, and a Cuylers Alley, all named after investors in the slave-trade.”

Altogether there are at least 24 streets, a high school, and two neighborhoods all named for famous slavers in New York, along with the city itself, named for one of the most powerful and successful slavers in world history.