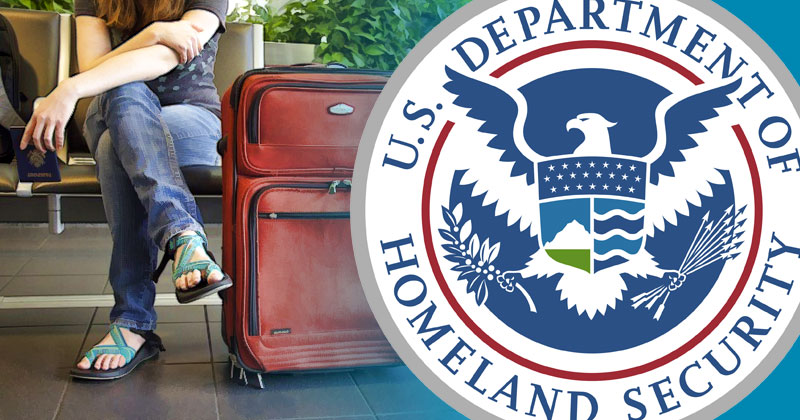 During an interview with Fox News on Wednesday, acting Department of Homeland Security chief Chad Wolf announced a decision to ban New York residents from applying for or renewing memberships to Trusted Traveler programs such as Global Entry NEXUS, SENTRI, and FAST.

The move comes months after the state’s “Green Light Law” went into effect, allowing illegal immigrants to apply for New York driver’s licenses and protecting their information from ICE.

“Today, we sent a letter to New York indicating, because they took these measures, that New York residents are no longer eligible to enroll in these Trusted Traveler Programs,” Wolf told Fox host Tucker Carlson.

The acting DHS chief said residents of the state of New York cannot “enroll or re-enroll” in the programs “because we no longer have access to make sure that they meet those program requirements, so we need to do our job.”

DHS wrote that the Green Light Law hinders ICE’s “objective of protecting the people of New York from menacing threats to national security and public safety.”

Because the state law “prevents DHS from accessing New York DMV records in order to determine whether a (Trusted Traveler Program) applicant or re-applicant meets program eligibility requirements, New York residents will no longer be eligible to enroll or re-enroll in CBP’s Trusted Travel Programs,” the letter explains.

However, the Transportation Security Administration’s Precheck program was left off the list of programs New Yorkers are banned from enrolling in.

The policy change comes one day after President Trump condemned sanctuary cities during his State of the Union speech on Tuesday night.

“Tragically, there are many cities in America where radical politicians have chosen to provide sanctuary for these criminal, illegal aliens,” he said. “In sanctuary cities local officials order police to release dangerous criminal aliens to prey upon the public, instead of handing them over to ICE to be safely removed.”

Read the full letter DHS sent to the state of New York below:

DHS Letter to NYS by Fox News on Scribd