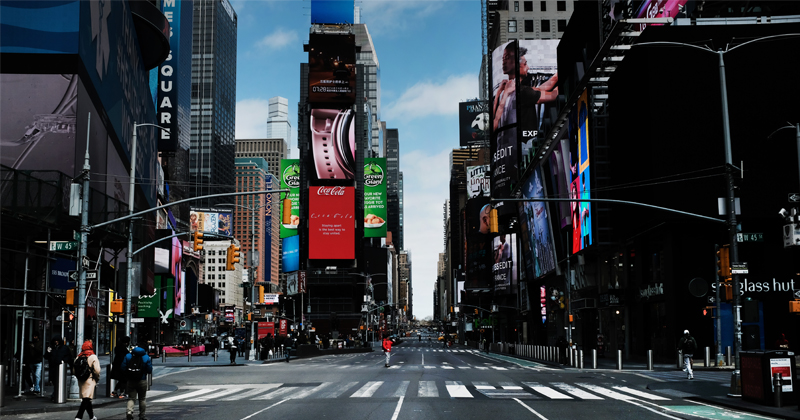 Many U.S. cities are emerging from the coronavirus pandemic that has triggered the most severe economic contraction since the Great Depression of the 1930s.

Research firms Webster Pacific and New World Wealth have published a new report (seen by Bloomberg) taking into account the impact of the virus-induced recession on individual wealth.

What they found, on a metro by metro basis, is that New Yorkers lost the most wealth, recorded a whopping $336 billion loss, or -13%, compared with the previous year.

Researchers identify the wealthiest cities in the U.S. by including all residents’ assets (property, cash, equities, business interests) less any liabilities.

“Job losses, declining income levels, falling stocks, and weaker high-end property values led to a 9% decrease in total wealth held in the U.S. during the first half of 2020,” Bloomberg said, citing the report.

Andrew Amoils, a wealth analyst at New World Wealth and the report’s author, said despite the U.S. being epicenter of the virus pandemic, it’s faring much better than other nations to protect wealth.

“The 9% drop in U.S. wealth compares with a 14% drop worldwide and declines of as much as 20% in countries like Russia and Brazil,” Amoils said.

U.S. residents held $58 trillion in total wealth or about 30% of the worldwide wealth, as of June 30, making it the wealthiest nation. On a per-capita basis, Americans each held, on average, about $178,000 in net assets, place it the fifth in the world, behind Monaco, Luxembourg, Switzerland, and Australia.

The recent spread of the virus has caused the recovery to reverse, this could lead to even more wealth loss in the U.S., despite the unprecedented money printing by the Federal Reserve, and countless fiscal injections by the federal government.

While wealth loss is hitting the rich and poor, here’s what the most richest folks are doing to avoid the next downturn.