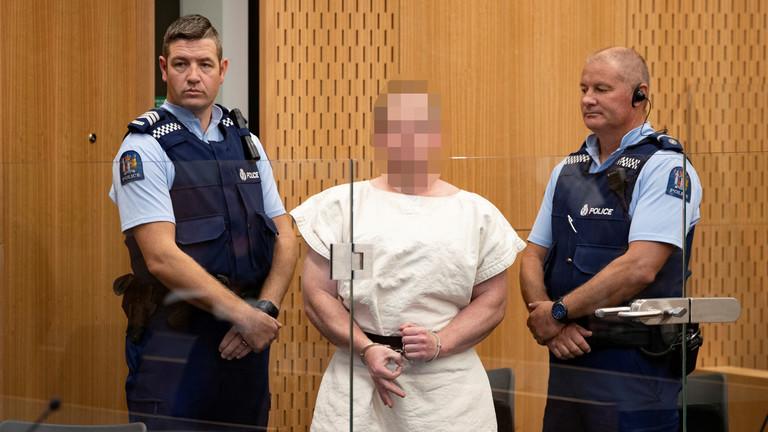 Accused Christchurch mosque shooter Brenton Harrison Tarrant smiled as he flashed an internet-memed “white power” gesture during a brief court appearance on Saturday when he was charged with murder in a shooting rampage that left 49 people dead in two New Zealand mosques. He did not request bail and was ordered to remain in custody until the date of his next hearing, scheduled for April 5. Police said more charges will be filed against him.

Tarrant, 28, originally from Grafton, New South Wales but more recently a resident of Dunedin on New Zealand’s South Island, had his hands chained to his waist as he wore white prison overalls. The police allege that after opening fire inside the Al Noor Mosque Tarrant drove to the Linwood Masjid Mosque across town and continued his rampage.

Daniel John Burrough, 18, has also been charged with ‘exciting hostility or ill-will’ in relation to the mosque attacks but he did not appear in court, according to Daily Mail. Police arrested three men – including Tarrant and Burrough – and a woman following Friday’s attack. The unnamed woman remains in custody, while the third man who was arrested is not linked with the attacks and has been released.

Dozens of people in a New Zealand mosque were gunned down by a terrorist who live-streamed the entire massacre. Additionally, at least 48 are suffering injuries ranged from minor to critical. Today’s special guests include regional expert Syrian Girl, SEAL graduate Matt Bracken, and founder of the Oath Keepers Stewart Rhodes breaking down the terror attack. Millie Weaver and Dr. Nick Begich join Alex Jones in the final hour.

The investigation is headed by New Zealand police and assisted by Australian police in New South Wales, according to Reuters. NSW Police Assistant Commissioner Mick Willing told media that the region’s joint counterterrorism unit has joined the investigation. Tarrant’s relatives have been assisting the police as well.

Tarrant was escorted to a heavily-guarded courtroom under unprecedented security measures as angry people flocked to the Christchurch District Court, even though it was closed to the public and only accredited media members were allowed in.

The short stocky man stood squarely in place beside two officers throughout the hearing. He turned around to repeatedly glance at the media, at District Court Judge Paul Kaller and out the windows of the Christchurch District Court, the Mail details:

At the beginning of the hearing he appeared to have a faint smile on his face, but it faded into a neutral expression as the hearing continued.

Security was tight, with about six security guards and police in total, the guards wearing black protective vests.

The hearing, which was closed to the public “in the interest of public safety” was all over in just a few minutes, with Tarrant taking one final look at those gathered and marched away. Some victims’ relatives were waiting at the front doors to the court.

Tarrant was photographed and filmed in court by New Zealand cameras but they have been ordered to pixellate his face in images from inside court.

Just as he was about to be brought into court, a member of the public tried to storm the court to ‘knife’ the attacker before proceedings began, the New Zealand Herald reported. The man reportedly told the paper that he wanted to stab the suspect.

“What the f*** has happened here,” he told reporters. Another man was cited shouting “rot in f****** hell” as he drove by the courthouse.

Police Commissioner Mike Bush confirmed the death toll stands at 49, with 42 injured. He said that after receiving the initial emergency call at 1.42pm local time, police took 36 minutes to track down and detain Tarrant.

‘That is an incredibly fast response time. You had a mobile offender across large metropolitan city. I am very happy with the response of our staff,’ Bush said.

A surgeon from Christchurch Hospital described Friday’s events as ‘carnage’.

Commissioner Bush said that the third man was spotted carrying a gun by a police officer, but after questioning it was revealed the man was on his way to collect his children from school and took the weapon to protect himself.

Tarrant, who would later go on to become a personal trainer, inherited a love of physical fitness from his father, who reportedly died of an asbestos-related illness.

A woman who claims to have previously known Tarrant through the gym, alleged it was him in the live stream. She told Daily Mail Australia that he followed a strict dietary and exercise regime and worked at the gym after he finished school. The woman, who did not wish to be named, said Tarrant always ‘threw himself into his own personal training’ before he later became a qualified a trainer and started training others. ‘He was in the gym for long periods of time, lifting heaving weights. He pretty much transformed his body,’ she said.

The woman also said she had not spoken to him or heard him talk about his political or religious beliefs. ‘From the conversations we had about life he didn’t strike me as someone who had any interest in that or extremist views,’ she said.

In a prior Facebook post about a trip to Pakistan on Facebook, he wrote it was ‘an incredible place filled with the most earnest, kindhearted and hospitable people in the world,’ The Sydney Morning Herald reported. ‘The beauty of hunza and nagar valley in autumn cannot be beat,’ he stated.

As ABC reported, Tarrant reportedly hails from the town of Grafton, in northeastern New South Wales, but has been living in Dunedin, New Zealand, for quite some time, according to the reports in the local media.

In a 74-page manifesto titled “The Great Replacement” that he posted online before the massacre, Tarrant described himself as an ‘ordinary, white man’, who was born into a working class, low income family of Scottish, Irish and English decent. The shooter wrote that he had ‘little interest in education’ growing up, and did not attend university as he had no great interest in anything offered at the schools. He claimed he made some money investing in Bitconnect – a type of digital currency – before he then used the money to travel overseas.

In the manifesto, Tarrant also delves into what had inspired him to carry out the shootings and vows “revenge” against Muslim “invaders.” The manifesto was reportedly written two weeks before the attacks. The manifesto Tarrant drew inspiration from other infamous shooters including Anders Breivik who killed 77 people in Oslo, Norway in 2011. His weapons bore neo-Nazi inscriptions and slogans, names of extremists, as well as historic figures who waged wars against Muslims.

He described himself as ‘just a regular white man’. He said he was born to ‘working class, low-income family… who decided to take a stand to ensure a future for my people’.

‘My parents are of Scottish, Irish and English stock. I had a regular childhood, without any great issues,’ he wrote.

The gunman said he carried out the massacre to ‘directly reduce immigration rates to European lands’.

He said New Zealand was not his ‘original choice’ for the attack but said the location would show ‘that nowhere in the world was safe’.

‘We must ensure the existence of our people, and a future for white children,’ he wrote.

He wrote that the shooting was an ‘act of revenge on the invaders for the hundreds of thousands of deaths caused by foreign invaders in European lands throughout history’.

‘For the enslavement of millions of Europeans taken from their lands by the Islamic slavers… for the thousands of European lives lost to terror attacks throughout European lands,’ the gunman wrote.

He shared photos to his now-removed Twitter account ahead of the attacks, showing weapons and military-style equipment.

In posts online before the attack Tarrant wrote about ‘taking the fight to the invaders myself’. – Daily Mail

Tarrant livestreamed his rampage online on Facebook. The footage in which he goes from room to room gunning down worshippers was promptly taken down on police request. Forty-nine people died in the Al Noor mosque and the Linwood mosque and over 40 were injured, some critically.

In the wake of the attack, New Zealand Prime Minister Jacinda Ardern vowed to overhaul the country’s gun laws banning semi-automatic rifles. The suspected shooter held the “category A” firearms license since 2007. 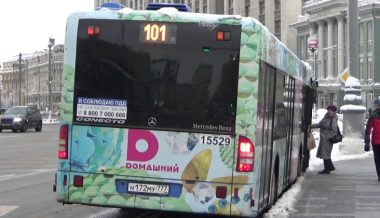 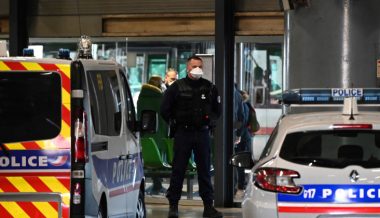