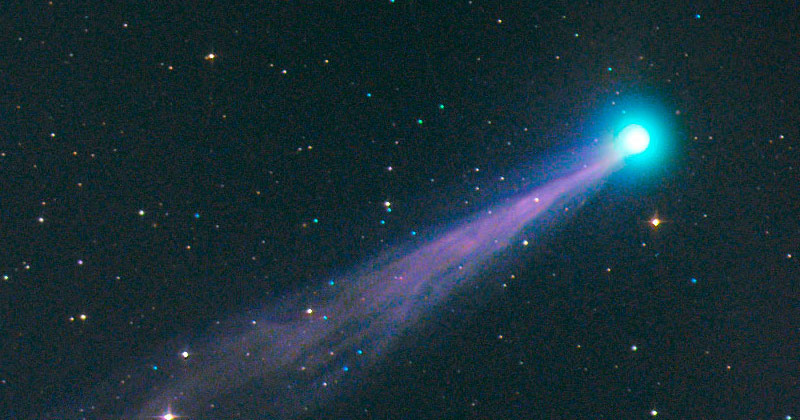 Astronomers keeping a close eye on the newly discovered Comet SWAN have discovered that it faces a fight for survival as it nears the Sun. But it’s good news for skywatchers, as the space rock is more beautiful than before.

The comet, the official name of which is C/2020 F8, was discovered in late March by astronomer Michael Mattiazzo from Australia. All indications suggest it is likely to be the brightest comet visible in 2020.

It got its nickname because the first images of the fireball were captured by the Solar Wind Anisotropies (SWAN) instrument on the joint ESA and NASA Solar and Heliospheric Observatory (SOHO).

Comets are celestial bodies made of rock and ice that spend most of their lives far from the Sun. As they near a star, they heat up and ‘activate,’ their ice sublimes into gas, and jets of vapor and dust stream out the back, often creating tails millions of miles long.

SWAN has already passed Earth, and is now over 53 million miles from us, but is getting brighter as it approaches the sun. It will be visible in the northwestern sky after sunset, close to the horizon, from now until mid-June.

Some will be able to see it with the naked eye, depending on their latitude, but up until now, it was best viewed from the southern hemisphere.

The comet reportedly visits the inner solar system once every 11,597 years, and will reach its closest point to the sun, the so-called ‘danger zone,’ on May 27.

It remains unclear whether it will survive the close encounter, but if it does, it will become even more visible in the northern hemisphere, but this time in the evening sky. Eager stargazers will just have to wait and see, soaking up the SWAN’s beauty in the meantime, however long it may last.