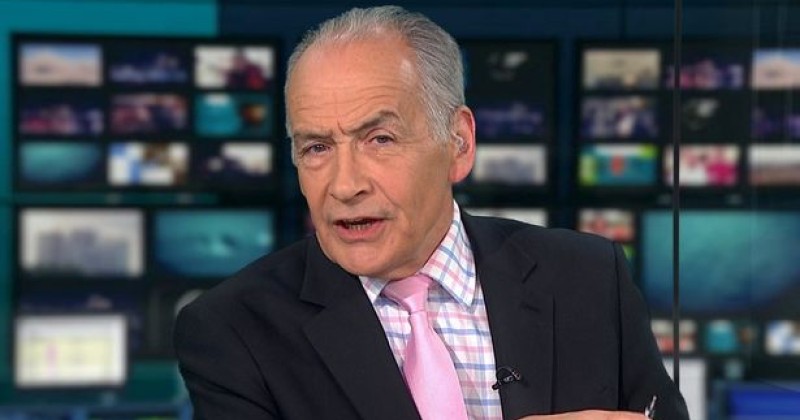 Veteran British newsreader Alastair Stewart has lost his job of 30 years after quoting a Shakespeare passage to a black man that included the word “ape,” despite the fact that he had previously directed the same tweet to a white person.

Broadcaster ITN said Stewart had made “errors of judgment” is his use of social media that breached editorial guidelines.

The controversy was over a Twitter response Stewart sent to a black man in which he quoted a passage from Shakespeare’s Measure for Measure;

Than the soft myrtle: but man, proud man,
Dressed in a little brief authority,
Most ignorant of what he’s most assured,
His glassy essence, like an angry ape,
Plays such fantastic tricks before high heaven
As make the angels weep; who, with our spleens,
Would all themselves laugh mortal.

“Just had an @ITV newsreader referring to me as an ape with the cover of Shakespeare,” tweeted Martin Shapland in response. “Measure for measure, Alistair is a disgrace.”

However, another Twitter user pointed out that Stewart had used the same passage before and directed towards a white person.

Alastair Stewart responded to a black man on Twitter with a passage about "an angry ape" from Shakespeare's Measure for Measure.

But it also seems worth pointing out that he previously used this passage to respond to at least one other tweeter who was not identifiably black… pic.twitter.com/MZgyyPlJuC

“It was a misjudgement which I regret,” said Stewart.

The host has been working with ITV since 1980 and started fronting the news nine years later.

That means he’s lost a position that lasted 40 years after a single controversy over a tweet that wasn’t even intended to be racist.