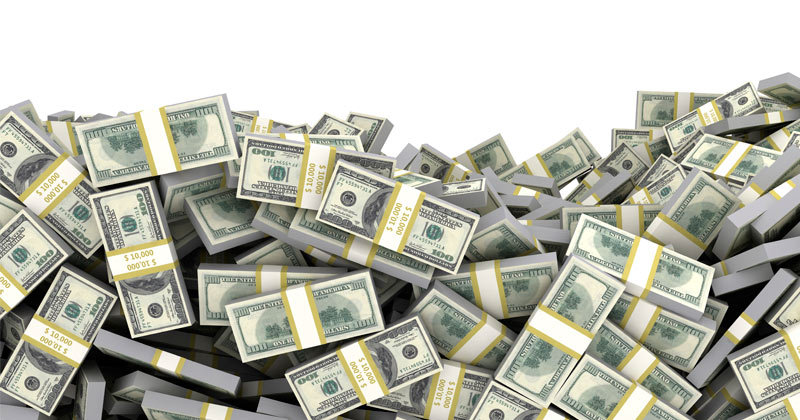 The next stimulus deal will include targeted lending for certain industries, which Senate Majority Leader Mitch McConnell (R-KY) called a “rapid injection of cash” for small businesses, according to Bloomberg.

During opening floor comments on Thursday, McConnell said that the Senate is looking to quickly draft and pass legislation that will provide swift relief to businesses and individuals struggling amid the coronavirus pandemic, as businesses, schools and airports have become virtual ghost towns.

The GOP stimulus proposal will call for direct payments to middle-income individuals and families — the centerpiece of Trump’s $1 trillion stimulus plan — as well as $250 billion to $300 billion in relief for small businesses, tens of billions of dollars in loans for the airline industry and an array of health measures, according to lawmakers familiar with the talks.

Senate Republicans say the direct payments will be modeled on the rebates sent out by the George W. Bush administration in 2008 to mitigate the effect of the financial crisis, payments that were phased out for individuals with income exceeding $75,000 and joint income more than $150,000. -The Hill

That said, the next deal will hinge upon successful negotiations between McConnell and top Senate Democrat, Chuck Schumer of New York – who “don’t have much of a working relationship” according to The Hill.

Senators have hope that the two can put their differences aside and move forward during a Thursday meeting.

The toxic relationship between the two was on public display almost daily during President Trump’s impeachment trial earlier this year. But senators think the leaders can put aside past fights to hash out a deal, despite some major differences between the two parties.

Sen. John Cornyn (R-Texas) said Republicans and Democrats have “always come together” during national crises like the 9/11 attacks.

Other Republicans, however, are wary of Schumer’s motives and think he may try to gain a political advantage ahead of the November election, when Democrats are hoping to win back the Senate. -The Hill

Schumer has been called out for playing political games, according to some.

“It’s disturbing to see [coronavirus] politicized as Chuck Schumer has done on the floor of the Senate,” said Senate Republican Policy Committee Chairman John Barrasso (WY) in an appearance on Fox News.

Schumer spoke with Treasury Secretary Steven Mnuchin twice on Wednesday, where he warned that Democrats will push back against any relief package that is geared towards bailing out giant corporations instead of workers.

“If there are going to be some of these corporate bailouts, we need to make sure workers and labor come first. That people are not laid off. That people’s salaries are not cut,” Schumer said in a statement.

“They have to put their workers first if they’re going to get this help,” Schumer said.

Summing up the Republican and Democratic priorities as the talks start, the Democratic leader said “a lot of them overlap” but added “there are some things that we’re going to want.”

McConnell urged senators on Wednesday night to “stay close” to the Capitol in case there’s a sudden breakthrough, telling colleagues “while we don’t know exactly how long it will take to get this done, everyone knows that we need to do it as quickly as possible.” -The Hill

GOP Senators expect talks to extend into next week.

“I would guess we’re there by next Friday,” said one Republican senator as to when President Trump might receive the bill.