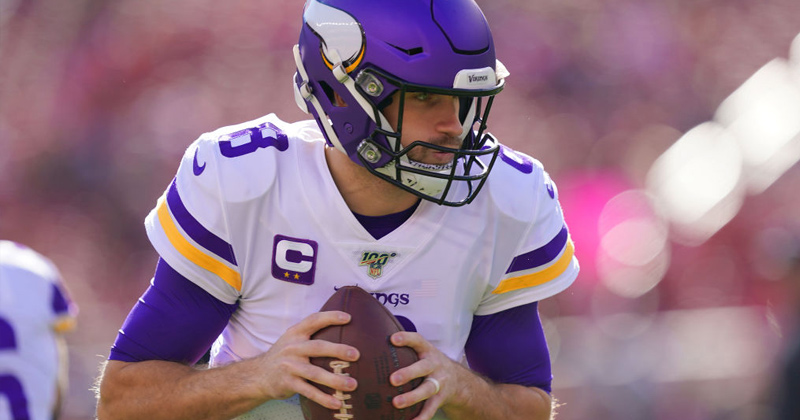 Minnesota Vikings quarterback Kirk Cousins let the world know he’s not afraid of COVID-19 during an interview with the “Ringer” podcast on Wednesday.

The show’s host Kyle Brandt asked Cousins, “If 1 is the person who says, ‘Masks are stupid, you’re all a bunch of lemmings’ and 10 is, ‘I’m not leaving my master bathroom for the next 10 years,’ where do you land?”

Not shy in expressing his opinion, the QB responded, “I’m not going to call anybody stupid, for the trouble it could get me in. But I’m about a .000001.”

“I want to respect what other people’s concerns are,” he said. “For me personally, if you’re just talking ‘no one else can get the virus, what is your concern if you could get it,’ I would say, ‘I’m gonna go about my daily life. If I get it, I’m gonna ride it out. I’m gonna let nature do its course.’ Survival-of-the-fittest kind of approach. And just say, ‘if it knocks me out, it knocks me out. I’m going to be OK.’ You know, even if I die. If I die, I die. I kind of have peace about that.”

Continuing, Cousins explained, “So that’s really where I fall on it, so my opinion on wearing a mask is really about being respectful to other people. It really has nothing to do with my own personal thoughts.”

Basically, Cousins said he does wear a mask, but only out of respect for others and not because he believes they work.

The NFL’s latest coronavirus testing data shows extremely low infection rates in what is be good news for the league and should have the public asking why their numbers are higher.

These stats reveal a positive rate of 0.017 percent.

Latest COVID-19 testing numbers from the NFL and NFLPA show 10 confirmed positive tests, including four among players, out of 58,621 administered from Aug. 21-29. pic.twitter.com/1AhDPBPtDl