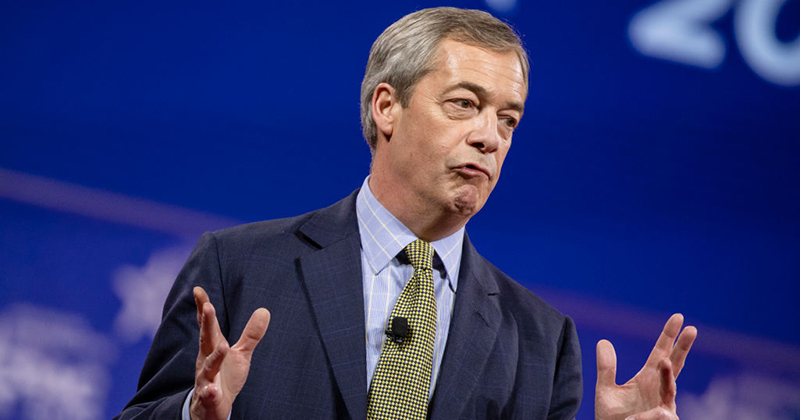 While the new coronavirus police powers are meant to be temporary, it would be easy for senior officers to make the argument to keep them indefinitely, Brexit leader Nigel Farage has warned, revealing he will campaign for Britons to regain their liberties as soon as possible.

Writing that he’d “found my next campaign”, Mr Farage — who has a strong track record of fighting long-term attritional campaigns against vested interests, as in the case of building support to take Britain out of the European Union from a niche movement in the early 1990s to a nationwide referendum victory by 2016 — said some police officers were behaving in an “appalling” way.

Noting the hypocrisy of officers chasing Britons off their own beaches, even when well isolated from other leisure-makers, while the government brings hundreds of illegal boat migrants ashore off Kent during the coronavirus pandemic, Mr Farage asked:

“How can such a glaring inconsistency exist when the Government expects to secure continued public support for the lockdown – particularly when elements of the police force are so heavy-handed? Frankly, I am beginning to wonder if some officers are actively enjoying wielding their newly minted powers.”

Alex Jones breaks down the globalists’ strategy to seize power over the people, and how they are using the coronavirus pandemic to enact an authoritarian takeover.

The Brexit leader wrote in his in a Daily Telegraph column:

Yes, I do want to fight this horrible disease. Indeed, I was one of the first people to condemn publicly the Government’s herd immunity strategy. But I do not want to live under a house detention regime or for this country to be remoulded into a police state.

Boris Johnson has now left hospital, news which has certainly brightened up Easter. When he is fully recovered, I expect to see a gradual easing of the lockdown. I fear, however, that the arbitrary powers now given to the police may remain in place for a long time to come. Why? Because I can envisage the argument being advanced by the police that many of their powers must be retained in case another pandemic strikes.