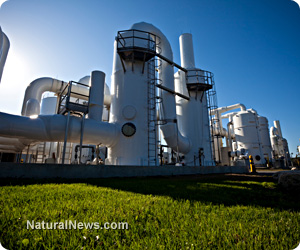 Things are heating up on the fluoride front as states and municipalities all across the country rethink their official water fluoridation policies. According to the Fluoride Action Network (FAN), some 16 pieces of legislation across nine states were introduced or passed just within the past year to protect the public against this pervasive poison.

In Utah, for instance, the Safe Drinking Water Disclosure Act was passed back in April, requiring that all shipments of fluoride chemicals coming into the state be accompanied by certificates of analysis detailing the presence of any outside contaminants. The law reportedly took effect on July 1, allowing local water utilities to end their fluoridation programs in the event that certificates are not provided.

Fluoride additives, as you may recall, are often laced with other poisons like arsenic, cadmium and even radioactive isotopes that persist from the waste liquids used by the phosphate fertilizer and aluminum manufacturing industries to capture pollutants. These pollutants, not the natural environment, are the source from which the artificial fluoride chemicals added to water supplies are derived.

Tennessee, a leader in anti-fluoridation legislation, introduced two similar bills earlier this year requiring fluoride manufacturers to disclose the full contents of their chemicals. House Bill 1215 and Senate Bill 1274 were also accompanied by HB 1186 and SB 1211, two bills that would allow local voters to decide whether or not to continue fluoridating their water supplies. Statewide, Tennessee also introduced HR 130, which would prohibit state employees or agencies from endorsing fluoride.

“In years past the dental lobby has been successful in getting pro-fluoridation bills introduced in state legislatures across the United States, including legislation that would mandate statewide fluoridation — a law 13 states presently have. But the tables are turning,” explains FAN. “In 2013… instead of the introduction of pro-fluoride bills, we saw the exact opposite, with the introduction of 16 anti-fluoridation bills in 9 states.”

“With the exception of the Illinois bill, all of these proposals are still being considered and are expected to have public hearings in 2014,” adds FAN. “In preparation, FAN has been working with our point people and local groups within these states to organize grassroots campaigns in support of the legislation.”

Besides the aforementioned bills, a handful of other anti-fluoride bills were introduced this year in Kansas, Massachusetts and New York. HB 2372 in Kansas now requires that warnings about fluoride and its effect on IQ — a Harvard University study recently confirmed that fluoride exposure lowers IQ levels in children — be printed on water bills.

In Massachusetts, a similar bill would require an infant fluoride warning similar to the infant warnings currently issued in New Hampshire; Milwaukee, Wisconsin; and Austin, Texas. And in New York, A 141 has been introduced to require that all fluoridated communities lower their poisoning level from 1.2 parts per million (ppm) of fluoride to 0.7 ppm of fluoride, in accordance with new recommendations from the U.S. Centers for Disease Control and Prevention (CDC).

“It doesn’t take an expert to see that the tide has shifted, that state legislators are discovering the truth about fluoridation, and that the momentum is clearly on our side going into the 2014 legislative sessions,” concludes FAN.

To support the work of FAN and to keep up to date on fluoride legislation in your own community, visit:
http://fluoridealert.org.