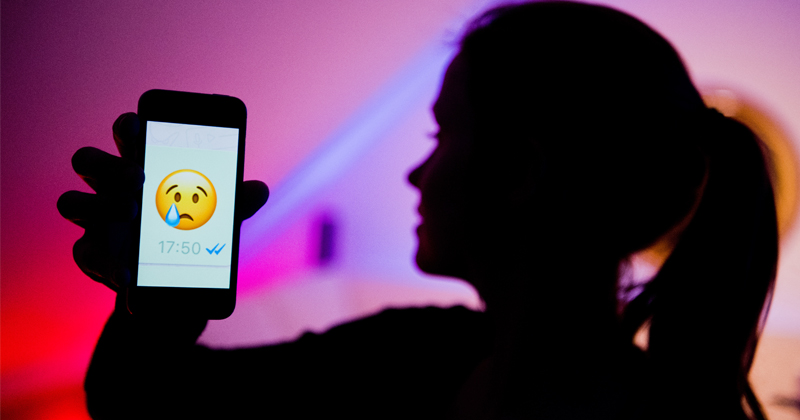 A nine-year-old girl has been left traumatized after sending topless photos via a popular app to a predator who had threatened to kidnap her.

The U.K. child had been groomed for five months on the video app Likee by the pedophile suspect who posed as a teenage boy, the victim’s mother told The Sun.

“She told me she had made friends with someone called James on the app who over time had asked her to send inappropriate photos of herself,” said the mother. “He said if she didn’t, he knew where she lived and he would find her and take her away from me.”

“It was very traumatizing for her and I was trying to reassure her she had done nothing wrong and had been tricked but it was horrible to listen to.”

As of this writing, police are attempting to retrieve the correspondence that the victim had deleted to determine how exploitative the messages became.

The young girl is suffering frequent meltdowns at school.

“My daughter used to have the most glorious smile but is just isn’t there anymore and her eyes look distant and vacant,” said the mother. “She is also having scary dreams and is struggling to sleep because she’s frightened this man is coming to find her.”

Local authorities have launched an investigation involving “an allegation of sexual communications involving a child and a social media app.”

“Offenders think that the web will offer them anonymity to commit these types of offenses against children, but we are continuing to work with partners to ensure more and more people are aware of the risks of child sexual exploitation – be that through online grooming or the distribution and viewing of sexual images of children,” said Detective Inspector Jackie Guinness. “I think it’s very important for anyone who has any concerns about the online habits of adults and children, that they know where to go to get help, support and to report such behavior.”

The Likee app, founded in Singapore as a video sharing and creation platform, has over 200 million users worldwide and is most well-known for videos featuring young girls with search terms like ‘twerk’ and ‘nudes.’

The app reportedly allows a private account to become public with the press of one button, a feature that was not apparent to the victim’s parents when they gave her permission to download the app because she didn’t want to be “left out” of her peer group.

How President Trump Could Own The Libs On Gender Fluidity

A caller to The Alex Jones show reveals how Trump can beat the libs at their own game.