You know that gold bear market that the financial press keeps touting? The one George Soros keeps proclaiming? Well, it is not there. The gold bear market is disinformation that is helping elites acquire the gold.

Certainly, Soros himself doesn’t believe it, as the 13-F release issued by the Securities and Exchange Commission on May 15 proves. George Soros has significantly increased his gold holding by purchasing $25.2 million of call options on the GDXJ Junior Gold Miners Index.http://bullmarketthinking.com/soros-reports-over-239mm-in-gold-positions-buys-25mm-in-call-options-on-juniors/

The 13-F release shows the Soros Fund with $239,200,000 in gold investments. If this is bearish sentiment, what would it take to be bullish?

The misinformation that Soros had sold his gold holdings came from misinterpreting the reason Soros’ holdings in the GLD gold trust declined. Soros did not sell the shares; he redeemed the paper claims for physical gold. Watching the gold ETFs, such as GLD, being looted by banksters, Soros cashed in some of his own paper gold for the real stuff.

The giveaway that Soros is extremely bullish on gold comes not only from his extensive holdings, but also from his $25.2 million call option on junior gold stocks. This is a highly leveraged bet on the weakest gold mines. With high production costs and falling gold price from constant short selling in the paper market, Soros’ bet makes no sense unless he thinks gold is heading up as the short raids concentrate gold in elite possession.

In previous articles I have explained how heavy short-selling triggers stop-loss orders and margin calls on investors in gold ETFs. Scared out of their shares or forced out by margin calls, investors’ add to the downward price pressure caused by the shorts. Bullion banks and prominent investors such as Soros are the only ones who can redeem GLD shares for physical metal. They purchase the shares that are sold in response to the falling gold price, and present the shares for redemption in gold metal.

Insiders familiar with the process describe it as looting the ETFs of their gold basis.

In my last column I described how the orchestration of a falling gold price in the paper market protects the dollar’s value from the Federal Reserve’s policy of printing 1,000 billion new ones annually. The other beneficiary of the operation is the financial elite who buy up at low prices the ETF shares sold into a falling market and redeem them for gold. Like all other forms of wealth in the West, gold is being concentrated in fewer hands, while the elite shout “bear market, get out of gold.”

The orchestrated decline in gold and silver prices is apparent from the fact that the demand for bullion in the physical market has increased while short sales in the paper market imply a flight from bullion. As a hedge fund manager told me, it is a Wall Street axiom that volume follows price. Bull markets are characterized by rising prices on high volume. Conversely bear markets feature declining prices on low volume. The current bear market in gold consists of paper gold declining steadily while demand has escalated rapidly for physical metal. This strongly indicates that demand for physical gold continues to be in a bull market despite the savage attacks on paper gold.

If the orchestration is apparent to me, a person with no experience as a gold trader, it certainly must be apparent to federal regulators. But don’t expect any action from the Commodities Future Trading Corporation. It is headed by a former Goldman Sachs executive.

And don’t expect any investigation from the financial press. The financial press sees a bear market while supplies of bullion decline, premiums over spot rise, and even publicly declared bears such as George Soros make highly leveraged bets that will fail in the absence of a bull market in gold.

Paul Craig Roberts was Assistant Secretary of the Treasury for Economic Policy and associate editor of the Wall Street Journal. He was columnist for Business Week, Scripps Howard News Service, and Creators Syndicate. He has had many university appointments. His internet columns have attracted a worldwide following. His website is http://www.paulcraigroberts.org 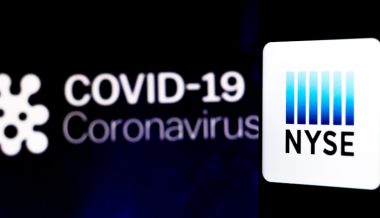