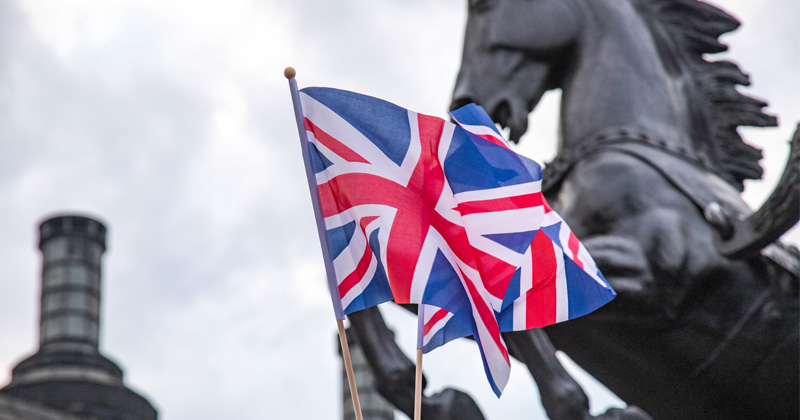 With scarcely two months to go until the date Britain is scheduled to leave the European Union, mainstream pundits are increasingly coming to realise that the formerly remote prospect of a No Deal Brexit is now arguably the most likely outcome.

New Prime Minister Boris Johnson based his entire leadership campaign around an explicit promise to leave the EU on October 31, either with a newly re-negotiated withdrawal agreement or with no deal at all, and given that the EU has repeatedly refused to return to the negotiating table, it’s becoming unclear whether any outcome other than No Deal is even possible, at this point.

This has led commentators to turn their attention toward the murky question of what will actually happen if Britain leaves the EU on October 31 without Parliament having passed a Withdrawal Agreement. However, many in the news media seem to be struggling under the weight of conflicting loyalties: their desire to communicate the facts of the situation on the one hand, versus their desire to persuade their readers that Brexit is bad on the other hand. The result has been an avalanche of substance-free propaganda and opaque writing, with the concrete facts about No Deal struggling to emerge from a thick miasma of alarmist speculation and hysterical denunciations.

So, if we set aside the politically tempting task of speculating about what might happen in the event of a No Deal Brexit, what can we say with certainty will happen? Naturally, the complexities and uncertainties of the whole situation leave us with only a small handful of facts that can be stated with certainty, and the following facts will surely not be the only consequences of a No Deal Brexit. Having set out these bare facts, however, it can be left to other articles, and to readers themselves, to judge what the more distant economic and political consequences may be.

If Brexit occurs on 31 October with no deal, the UK would immediately lose its seat on the 28-person European Commission, which is the unelected body that wields both legislative and executive power over the EU’s member states.

Britain would also withdraw its 73 members from the publicly elected 751-member European Parliament, which is able to approve, reject, or suggest amendments to legislation handed down by the Commission, but is not itself able to initiate legislation.

Britain would no longer need to be bound by current or future EU laws. However, it is widely expected that the UK government will adopt the vast majority of EU laws anyway, to avoid “black holes in Britain’s lawbook.”

In the event of a No Deal Brexit, the UK would also immediately leave the jurisdiction of the European Court of Justice, and the role of highest court of appeal for UK civil and criminal cases will transfer to the Supreme Court of the United Kingdom.

However, the UK would remain subject to the jurisdiction of the controversial European Court of Human Rights, which is a non-EU organisation.

If there is a No Deal Brexit, the UK would immediately leave the EU’s Single Market, which would mean the UK would no longer be guaranteed tariff-free and quota-free movement of goods, services, capital, and people between the UK and countries in the EU, as well as the handful of non-EU countries in the Single Market (Norway, Iceland, Lichtenstein).

Leaving the Single Market would also mean the UK would no longer have to adhere to the uniform regulationsthe EU imposes to ensure a ‘level playing field’ within the Single Market. These regulations apply across the board in the countries where they are imposed, not just for goods that are actually traded between member states, and prescribe everything from food standards, to the use of chemicals, to working hours, to workplace health and safety procedures, and beyond. However, though the UK government would no longer be forced to retain these regulations, it may choose to do so anyway.

In addition to leaving the Single Market, a No Deal Brexit would also result in the UK immediately leaving the EU’s Customs Union. This would mean the UK would no longer have to enforce the same tariffs and quotas as other EU countries when trading with non-EU countries. In other words, the UK would regain the ability to independently set its own tariffs, and negotiate its own trade deals with other countries, rather than being covered by the EU’s trade deals.

If the UK leaves the EU with no deal, the UK government will no longer be obliged to continue paying its annual ‘membership fee’ contribution to the EU budget, which officially amounts to around £19 billion per year. However, since 1985 the UK has received a reduction or ‘rebate’ on its membership fee, bringing the amount actually paid down to around £15 billion per year. The reason the UK receives this rebate is to offset the fact that the typical rules and criteria for calculating the EU membership fee were disproportionately penalising the UK, due to Britain’s small agricultural sector and high openness to non-EU trade, compared with other EU countries.

Leaving the EU with no deal would also mean the UK would no longer continue receiving any payments from the EU budget. These direct EU payments to the UK amount to around £4 billion per year, and mostly take the form of agricultural subsidies to farmers in poorer areas of Britain.

The immediate consequences of a No Deal Brexit on immigration are not at all clear, and little can be said with certainty other than that EU citizens would no longer necessarily be guaranteed free movement into the UK, and unlimited rights to live and work there. The power to determine UK immigration policy will revert back to the UK state itself, and therefore such policy will be subject to change with the changing whims of different particular governments and prime ministers.

In December, Theresa May’s government published a plan stating that, in the event of a No Deal Brexit, EU nationals already living in the UK before 29 March 2019 would retain similar rights to live and work in the UK as they had enjoyed under EU membership, although the plan would “make it harder” for new migrants to move to the UK. However, in the intervening months an entirely new government has been formed under new Prime Minister Boris Johnson, and new Home Secretary Priti Patel has pledged to end freedom of movement for EU citizens and impose border restrictions on day one of a No Deal Brexit, although the specifics of this new plan remain unclear.

For most mainstream politicians and analysts, the issue of the border between Northern Ireland (part of the UK) and the Republic of Ireland (part of the EU) has been arguably the single greatest difficulty in the whole Brexit process. Due to numerous factors, including the troubled history of the region, both the UK and the Republic of Ireland strongly reject the idea of imposing a hard border between the RoI and Northern Ireland, even in the event of a No Deal Brexit. However, this would create a major hole in the EU’s trade wall, as well as in the UK’s post-Brexit immigration controls, allowing completely free and unchecked movement of goods and people between the EU and the UK along the entire 310 mile Irish border. How, or even whether, this issue will be resolved remains entirely unknown.