A note from Infowars Director Alex Jones: This homeless camp found near Tucson, Ariz., has been investigated by the police. There’s nothing going on there. It’s a homeless camp with some evidence that may suggest illegal aliens with children have come through the area, which we already knew given that it’s near Tucson and other major migration points in the southwest.

But it’s not just local police saying that nothing’s there – President Trump’s own DHS, which has been massively busting up human trafficking rings all over the US, has investigated the homeless camp and said nothing is happening there.

The way mainstream media jumped on local rumors that had no confirmed evidence shows you that they’re trying to create a honeypot right away to distract from the real suppression of women and children going on on a mass scale that’s actually been confirmed and documented.

We saw this with Pizzagate and how it distracted away from the Podesta emails and what was happening in New York, including the Aleister Crowley-type “magic” demonstrations, to focus instead on a Washington, DC, pizza place, and many people in the media took that bait.

Despite wild speculation to the contrary, there’s absolutely no hard, concrete evidence linking a homeless camp found near Tucson, Ariz., to a child sex-trafficking ring.

Veterans advocacy group Veterans on Patrol was searching for homeless vets near Interstate 19 when it stumbled upon a hidden, outdoor camp.

VOP said it found items including children’s clothing, toys, a knife, shampoo and straps screwed into nearby trees.

This discovery fueled an online firestorm on social media with people declaring, despite no “smoking gun” evidence, that it must have been used to traffic children for sex crimes.

More from Alex Jones: Don’t take the bait this time, ladies and gentlemen. I can just imagine leftist provocateur groups winding up the next “drone” to go in there and “self-investigate,” which will then be blamed on the open and free Internet.

No, ladies and gentlemen, this homeless camp is a distraction and a honeypot involving individuals with a long history of connections to feds who are the initial instigators of the entire thing.

The real pedophilia happens on Caribbean islands as we know with Jeffrey Epstein and others.

And every couple of months, it seems a shipping container filled with 30+ dead people, some of them children, is found on the coast. But that doesn’t even show up as a blip on the news.

The items found at the homeless camp, however, would be considered circumstantial evidence in which more than one plausible explanation could be made as to why those items were there.

For one thing, the homeless camp is near a neighborhood, meaning that it’s plausible that children had found and played in the abandoned camp on their own volition.

Furthermore, it’s also plausible that the camp once hosted illegal aliens and their children without any sex-trafficking involved.

Or it could have simply been a camp for pack-rat homeless people who hoarded refuse they found in the area to pick apart for valuables.

A YouTuber pointed out that the straps found tied to the trees looked non-adjustable, meaning that it’s unlikely they were used to restrain humans.

No children were found at the camp when it was discovered.

More from Alex Jones: From the second I saw this story, I told my crew it was a setup and a honeypot. It just reeked of it. We have serious, confirmed, mainline governmental reports that upwards of 80% of women being brought in illegally into the U.S. by coyotes are being raped.

The mainstream media bends over backward to not cover all of it. Corporate media does its best to ignore Jeffrey Epstein, the Lolita Express and Bill Clinton’s flights on it.

They worked overtime to ensure that all of this is under-reported, and when it is reported, it gets shut down.

Every time I see one of these stories coming out of nowhere with no evidence it follows a similar pattern: local news reports on it, then alternative media jumps on it, and suddenly it blows up in everyone’s face.

Additionally, some have claimed there hasn’t been a full investigation into the site, but Tucson police have investigated the camp when it was reported on May 29. The investigation, which included officers, detectives and a command staff, found no evidence of child sex-trafficking.

A cadaver dog also checked the area and could not locate a body, police said.

Immigrations and Customs Enforcement sent agents experienced in human trafficking to the camp and, like the Tucson police, they found zero evidence of child sex-trafficking.

Have looked into this and can report there is no hard evidence this site in Tucson was used for child trafficking, the same as I reported there was no evidence for Comet Pizza. Appears to be another example of mass hysteria

A final comment from Alex Jones: It’s critical to understand how much the deep state wants to discredit investigations into this secret currency used by the global crime syndicate. That’s why their standard procedure is to have their own corporate media magnify an unclear and debunked story so that others then report on it in an attempt to discredit independent media in itself.

The police have been at the homeless camp that was probably just for illegals or vagrants moving through, but there is absolutely no proof that there was anything illegal going on that was connected to the owners of the property.

No one should go to the homeless camp, and no one should investigate it independently. At the bare minimum, visiting the site constitutes criminal trespass. The story is a honeypot. All evidence shows it’s a setup.

The fact is, women and children are being exploited and enslaved by the millions every year worldwide, and this is the currency of evil that globalists and multi-national corporations are engaging in to compromise and corrupt civilization.

That’s why it’s critical for the new, independent, real media to not be lead around by its nose by mainstream media when they initially spotlight something only so they can turn around and then claim that human trafficking, particularly child trafficking, doesn’t exist.

The truth is, the abuse of women and children in confirmed cases worldwide is totally real and is not being exposed.

That’s why we must more careful than ever to only focus on real, documented stories so that the distractionary stories aren’t used to sabotage the worldwide movement to reveal the evil going on and see to it being stopped.

After you read this article, look at some screenshots below from the mainstream media of actual cases documenting the trafficking and other abuses going on that has caused controversies ensnaring the Vatican and other institutions: 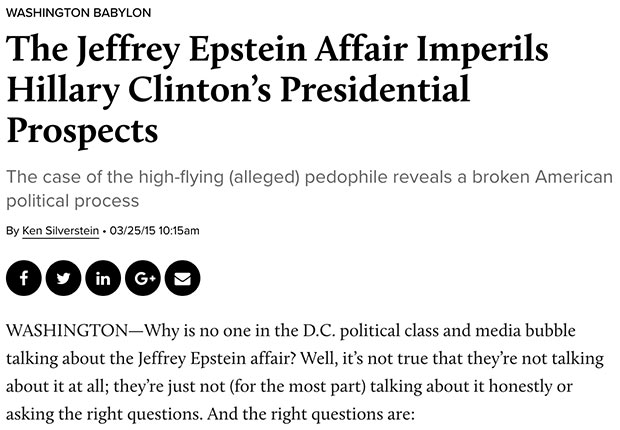