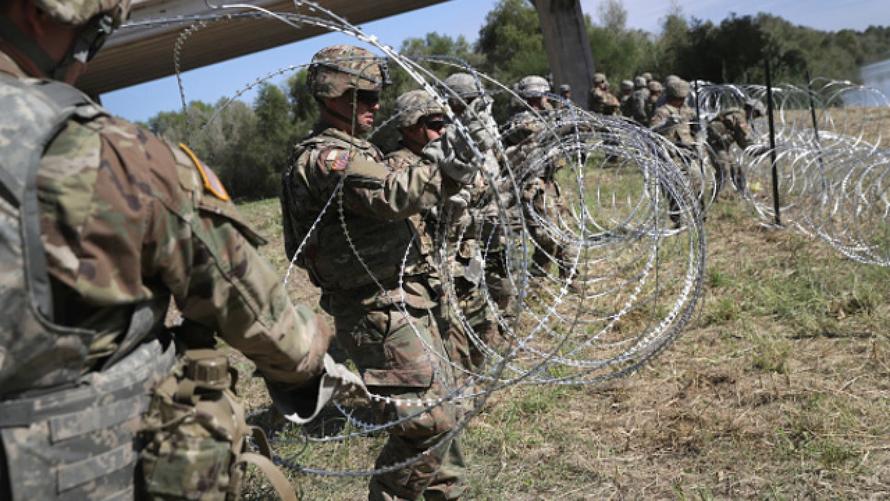 America’s top military commander traveled to Capitol Hill Tuesday to tell lawmakers there is no specific force coming from the south toward the Mexico–United States border that poses a significant threat to the homeland or Army personnel stationed along the border.

“A secure border does reduce threats to the homeland [but] … it is not a military threat,” he stated. “Border security is national security. [But] right now, there is not a specific military force from the south that we are trying to take action against.”

Based on O’Shaughnessy’s testimony, Sen. Richard Blumenthal, D-Conn., said there is a gap in evidence that supports President Donald Trump’s declaration of a national emergency, which circumvented Congress to fund the construction of the wall in response to a series of Central American migrant caravans approaching from the south.

The presentation is marked as “UNCLASSIFIED,” originally obtained by Newsweek, is an intelligence assessment of the of Central American migrant caravans.

A new report exposes that MS-13 members are now targeting NYPD officers and Owen asks, “How did MS-13 get this information?” 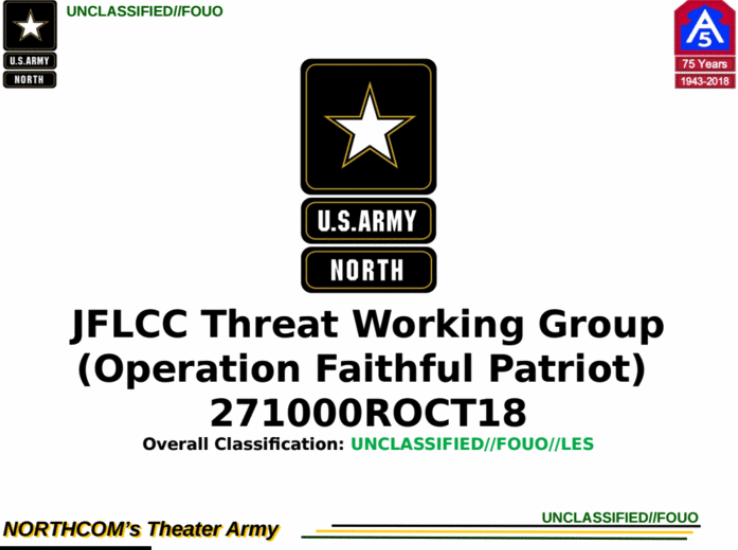 The document states, “based on historic trends, it is assessed that only a small percentage of the migrants will likely reach the border.”

The assessment also said 200 armed militia members are currently operating along the southwest border, “under the guise of citizen patrols,” were a much more significant threat than the caravan. 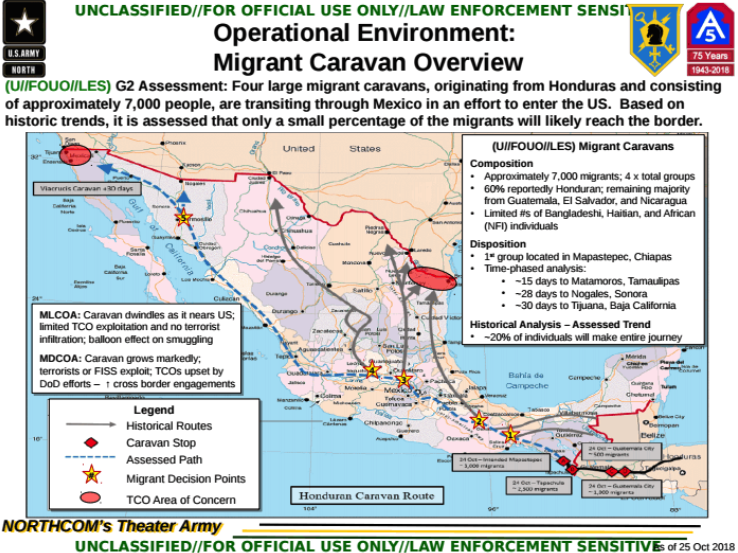 When O’Shaughnessy was asked about the legitimacy of Trump’s national emergency declaration, he said, “I did not recommend either way,” adding that he has had “multiple conversations” with President Trump about the border, that he had provided “his best military advice,” and that he was “comfortable” with the advice he had given the president.

“No, sir, what I’m saying is from my perspective I get my orders from the secretary of defense and the president, and those orders are very clear to me,” responded O’Shaughnessy.

O’Shaughnessy’s testimony comes as the Pentagon prepares to increase the number of troops on the border by 1,000. The Washington Post reported last week that the total could grow to 6,000 in the weeks ahead.

Also, the House on Tuesday passed a resolution to overturn President Trump’s emergency declaration on the border wall. The vote was 245-182. The resolution will next be taken up by the Senate.