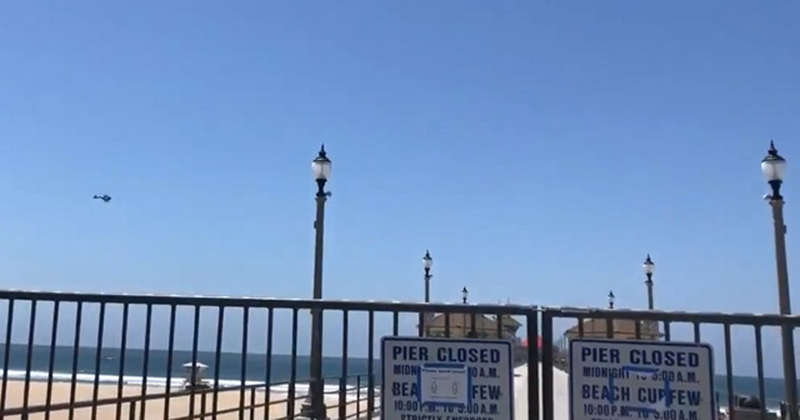 By contrast, see the lead photo used by the @latimes for this story. In both photos, there are a lot of people on the beach, but the telephoto lens makes it seem like they are on top of each other when they are not. https://t.co/RXtqCBu4A8

When reporter Millie Weaver asked protesters about the proponents of the Stay-At-Home order wanting to remain quarantined the consensus amongst opponents was that those who want to stay home should be free to and those who want to go back to work or support the economy should be allowed to.

Dems lied about Huntington Beach. This is a video from last Saturday at about 3pm. pic.twitter.com/sepDRMPCPG

Danish news site reminds people of being skeptical of how news photographers take pictures. Here is the same place, one picture taken with a zoom lense, and the other with a wide-angle lense: https://t.co/lPMJDHXOfD pic.twitter.com/mOSpiFEsDx

If you want more proof… same piece of cardboard on the sidewalk pic.twitter.com/hom734TAqo

Newsom’s order appears to have backfired as large protests were held against his beach closures:

A new study found “significant relationships” between low vitamin D levels and increased coronavirus deaths and prior studies have found healthy vitamin D levels are linked to reduced risk of respiratory infections so ordering everyone to stay cooped up in their homes may actually be putting lives at risk.