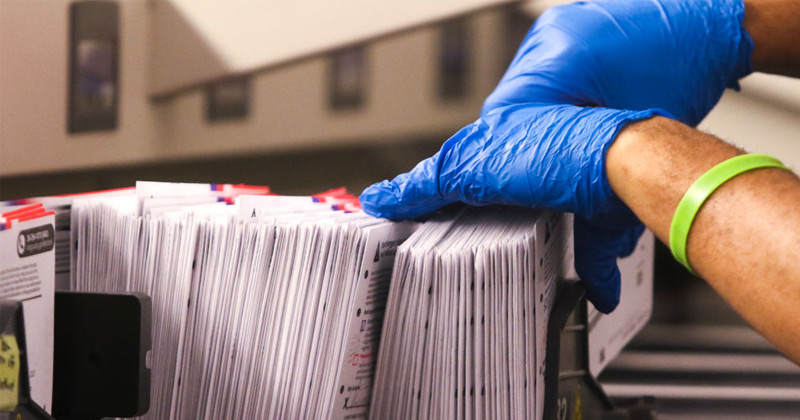 A non-citizen ineligible to vote says she was registered to “vote by mail” by the Oregon government.

The woman says she was receiving ballots in the mail addressed to her after she changed her address with the state’s Dept. of Motor Vehicles.

“She says she likely would have received a sixth ballot had she not taken the steps to cancel her voter registration.”

The woman, who provided The GP screenshots of her voter profile, says she felt Oregon was inviting her to vote despite being a non-citizen.

The incident gives weight to the fear that states which are giving non-citizens driver’s licenses and motor vehicle registrations are paving the way for them to also vote, despite that being illegal under federal law.

In short, cross-contaminating voter rolls with DMV records can suddenly make non-citizens “registered” to vote, which isn’t that hard to do considering that many states ask driver license applicants if they also want to register to vote.

In similar news, a citizen journalist says she found evidence of “ballot by mail” fraud in Texas when she uncovered “32 hand written applications for mailed ballots – all from different voters – but all written in the exact same handwriting,” according to National File.

“All 32 returned their application for a ballot by mail in the same pre-printed envelope with the same style stamp,” the outlet reported, adding that the applications all came from the same voting precinct.