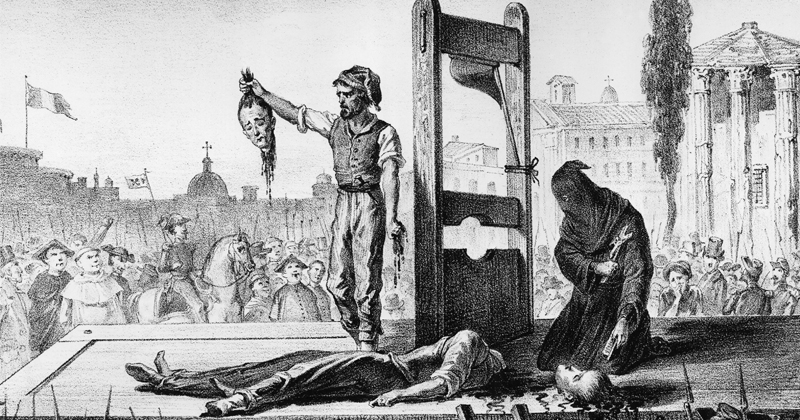 We often make historical parallels here. History doesn’t repeat itself but it does rhyme, as clever people say. And sometimes it hiccups. Here is a hiccup.

We start with the moral and political catastrophe that was the French Revolution. It was more a nationwide psychotic break than a revolt—a great nation at its own throat, swept by a spirit not only of regicide but suicide. For 10 years they simply enjoyed killing each other. They could have done what England was doing—a long nonviolent revolution, a gradual diminution of the power of king and court, an establishment of the rights of the people and their legislators so that the regent ended up a lovely person on a stamp. Instead they chose blood. Scholars like to make a distinction between the Revolution and the Terror that followed, but “the Terror was merely 1789 with a higher body count.” From the Storming of the Bastille onward, “it was apparent that violence was not just an unfortunate side effect. . . . It was the Revolution’s source of collective energy. It was what made the Revolution revolutionary.”

That is from Simon Schama’s masterpiece “Citizens,” his history of the revolution published in 1989, its 200th anniversary. It is erudite, elegant and heroically nonideological.

John Adams, across the sea in America, quickly understood what was happening in France and voiced alarm. In contrast his old friend Thomas Jefferson egged on the revolution and lent it his moral prestige. Faced with news of the guillotines, he reverted to abstractions. He was a genius with a true if hidden seam of malice, and rarely overconcerned with the suffering of others.

The revolution had everything—a ruling class that was clumsy, decadent, inert; a pathetic king, a queen beyond her depth, costly wars, monstrous debt, an impervious and unreformable administrative state, a hungry populace. The task of the monarchy was to protect the poor, but the king had “abdicated this protective role.” Instead of ensuring grain supplies at a reasonable price, Mr. Schama notes, the government committed itself to the new modern principle of free trade: “British textiles had been let into France, robbing Norman and Flemish spinners and weavers of work.” They experienced it as “some sort of conspiracy against the People.”

One does see parallels. But they’re not what I mean.

Alex Jones breaks down how the French Revolution, Russian Revolution were all the genesis brainchild of Adam Weishaupt who founded the Illuminati.