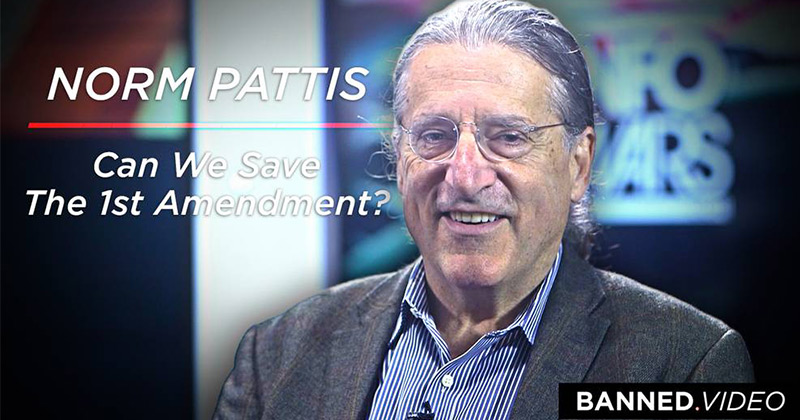 There was an air of exasperated despair in U.S. Sen. Richard Blumenthal’s approach to Google executives in this week’s Senate hearings. Why can’t you erase Alex Jones from search engines? “You can’t unleash the monster and say it’s too big to control,” Blumenthal said.

Google’s Vice President for Government Affairs and Public Policy, Karan Bhatia, then told the senator the tech giant was doing everything it could to remove all content from YouTube related to Alex Jones and Infowars.

It was a chilling moment. A United States senator and former attorney general for the state of Connecticut, was calling for content-based censorship from the floor of the nation’s most celebrated legislative chamber. And Google, one of the social media giants that sets the metes and bounds of our digital world, expressed its frustration that it could not censor more quickly and more completely.

What’s the fuss about?

It’s not about Sandy Hook. Mr. Jones questioned the government’s account of what happened at the mass shooting in 2012. He engaged in tortious conduct, causing distress to the families of surviving family members of victims and to first responders, ambitious lawyers claim in a series of lawsuits.

I am defending Mr. Jones and Infowars against these claims. Senator Blumenthal’s rant reminds me why that defense is important.

The carnage at Sandy Hook caused real suffering. Almost seven years ago, 20 children and six adults were murdered. The distress to those who survived the carnage will last a lifetime.

The survivors of Sandy Hook are now more than grieving parents, they are symbols, symbols, sadly, that are often used by others, including Senator Blumenthal. Candidly, it’s easy to wave the bloody clothing of children to claim a moral high ground.

The truth about Alex Jones is that he distrusts the government and the corporate media. When news of Sandy Hook broke, he did not trust what was reported. For a time, he was persuaded the shootings did not take place. He permitted others to air those views on his nationally broadcast television and radio shows. He has since, and for a long time now, acknowledged the shootings took place. Coverage of Sandy Hook was a minuscule portion of the programming content at Infowars.

Senator Blumenthal knows better than to claim that Mr. Jones’s speech about Sandy Hook was “incitement, harassment” and the like. Mr. Jones was not, and could not have been, charged with any crime. His speech was, and is, protected by the First Amendment.

But Sandy Hook has become a battering ram used to try to silence Mr. Jones. He’s been deplatformed by Facebook, Paypal and YouTube. Folks who hate what Mr. Jones has to say want him driven from the airwaves.

Targeting Alex Jones has less to do with Sandy Hook than it does with electoral politics. Plenty of folks, Senator Blumenthal among them, are still stunned that Donald Trump won in 2016. They blame social media for that win. Sure, Facebook and Cambridge Analytica are the primary targets, but the millions of folks who view Infowars are also up for grabs in 2020. Better to silence and divide these folks before 2020.

What about the First Amendment? Doesn’t it bar Google and others from engaging in content-based restrictions on speech?

No, it doesn’t. The First Amendment prohibits the government from imposing restrictions on speech. Google is not the government. It is a private entity, at least in theory. Google can kill speech with impunity, or so the law seems to say.

There is a chance that the courts will see it otherwise. The Communications Decency Act, for example, immunizes social media companies from suit when they publish material written by others. That’s because Congress realizes how important social media is as a means of communication. Shouldn’t that immunity carry with it some responsibility not to behave like a censor, even a self-righteous censor?

I’m hoping Alex Jones brings an action to test this theory. His first witness in the case? Senator Blumenthal. I wonder if the senator will invite family members of Sandy Hook survivors to those hearings. If he’ll point to them sobbing in the gallery and blame Alex Jones for that, too.

The fact is, Senator Blumenthal and others are using the Sandy Hook shooting as political theater to silence debate in 2020. The pity is, we’re letting these officious censors get away with it.

This article first appeared in the New Haven Register.

Google’s work with the Chinese government could be tantamount to treason, and an investigation would shed light on the inner workings of the information controlling behemoth.