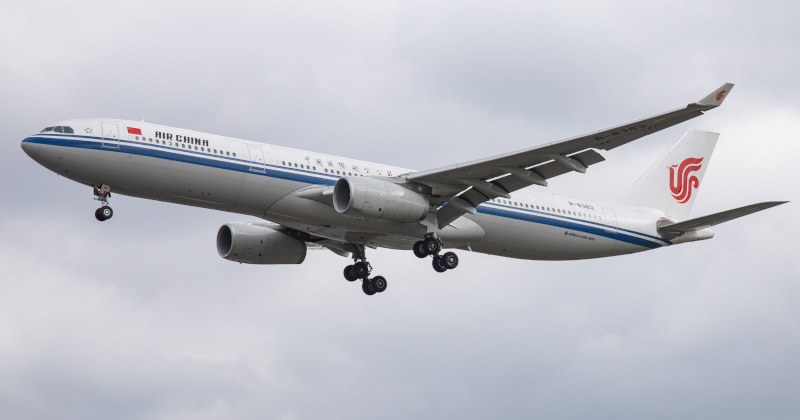 The newly identified deadly strain of coronavirus, known as 2019-nCoV, has been detected in over a dozen countries across Asia, Australasia, Europe and North America, and has infected over 4,500 people in China, North Korea’s neighbour to the north.

All North Korea-bound Air China flights have been canceled for the month of February, the Russian Embassy in North Korea has confirmed, citing a statement by the Chinese airline’s Pyongyang office.

The fate of flights by North Korean flag carrier Air Koryo is also in question, according to the Embassy, with only two Beijing-bound flights scheduled so for next month, and future flights contingent “on the development of the situation related to the spread of coronavirus.”

According to the Russian diplomatic mission, for the moment, twice weekly flights between Pyongyang and Russia’s Vladivostok will continue as planned.

North Korea closed its borders to foreign tourists last week amid fears related to 2019-nCoV, or the so-called ‘Wuhan coronavirus’, which has already claimed over 100 lives in neighbouring China, and affected some 4,515 people across the Asian country.

In addition to the cutting down of incoming air traffic, North Korean officials have taken steps to inspect passenger Pyongyang-bound passenger trains hailing from China, with reports that even persons with mild symptoms such as colds are being quarantined in Sinuiju, western North Korea, as a precautionary measure.

North Korea took similar preventative measures when dealing with the SARS and Ebola outbreaks in 2003 and 2014, quarantining North Korean nationals including two high-level officials in Sinuju for 21 days during the latter outbreak.

This is a better representation of what is happening. pic.twitter.com/4sW9rcCuix

North Korean newspaper Rodong Sinmun confirmed Tuesday that health authorities had been dispatched across the country to promote good public hygiene, with quarantine efforts said to have been stepped up at land borders, ports and airports “to prevent the new coronavirus from entering our country.”

The Asian nation has yet to report a confirmed case of the virus, but is said to be working on efforts to produce reserves of anti-viral drugs to treat it just in case.

Air China and other international airlines have offered refunds on flights to mainland China over the past week as concerns over the new coronavirus continue to spread.

Last week, Russia’s Rospotrebnadzor consumer rights watchdog urged Russian nationals against traveling to the country until the epidemiological situation can be stabilized.

First reported in Wuhan, China in December, the new deadly coronavirus has led to a health emergency in the country, including the cancellation of traditional Chinese New Year celebrations and multiple measures to deal with the crisis, including the construction of a brand new hospital to treat patients.

On Sunday, Chinese health authorities reported that the new coronavirus has an incubation period of between one to 14 days.