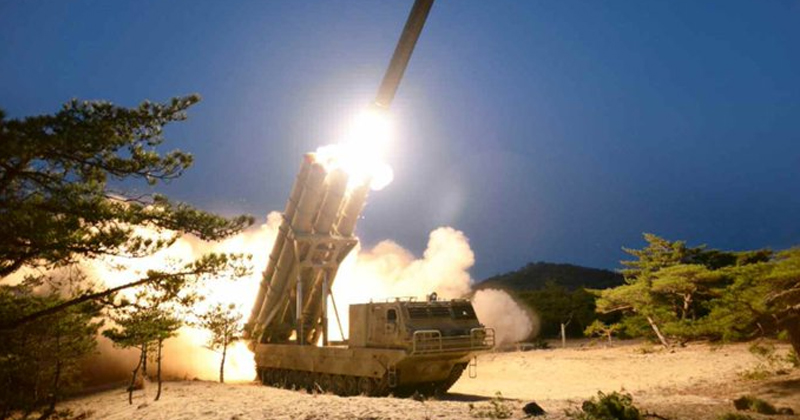 Perhaps the only major non-coronavirus story to briefly grab international headlines over the weekend was North Korea’s firing off of two short-range ballistic missiles into the Sea of Japan. “The missiles were fired from the port city of Wonsan, flying about 140 miles to the northeast before landing in waters between North Korea and Japan,” The New York Times reported of the Saturday launch.

It came a mere week after Kim Jong-Un received a letter from President Trump offering to assist in the fight against the coronavirus pandemic.

Pyongyang officials confirmed the launches Monday, described as a test of a new “super-large multiple rocket launcher” which state media reported as going off without a hitch. 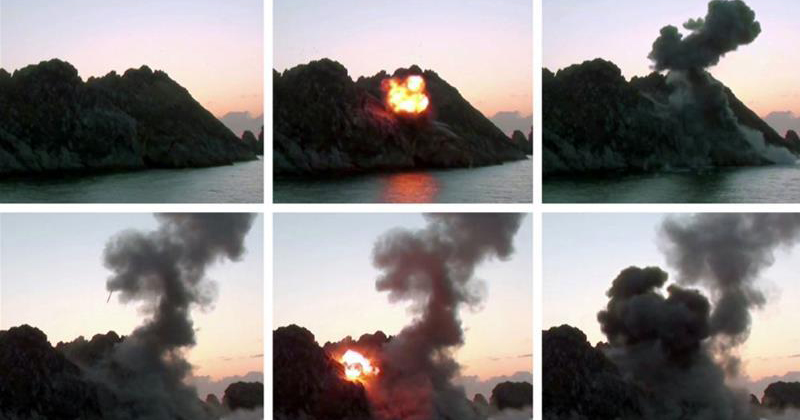 “The operational deployment of the weapon system of super-large multiple rocket launchers is a crucial work of very great significance in realising the party’s new strategic intention for national defence,” Ri was quoted as saying during the test. “The test-fire was conducted successfully,” KCNA said.

It’s the sixth such short- and mid-range missile test within the past month, after a three-month respite from testing which went from late November to early March.

The resumption of testing has provoked anger from South Korea, which slammed the drills as “deeply inappropriate” given the world is currently battling coronavirus pandemic. Leaders in Seoul said they had “urged the North to stop such acts immediately.”

But seemingly without Kim Jong-un pic.twitter.com/oL4FFwbQqG

The military is scrutinizing photos North Korean state media released earlier in the day of the super-large multiple rocket launcher tested Sunday as the system looks different from the North’s existing weapon of the same name, a JCS official said.

It looks more like the large-caliber multiple launch guided rocket system unveiled in August, he said.

One of the photos showed a projectile being fired from a system with six tubes, different from the four-tube system North has disclosed in its previous super-large multiple rocket launcher system test-firings.

“According to the photos released by North Korea this morning, (the rocket system tested Sunday) has similar characteristics with the one unveiled on Aug. 3 last year,” Joint Chiefs of Staff of the Republic of Korea spokesman Kim Joon-rak told a press briefing.

Pyongyang ramped up missile launches and testing this year after stalled de-nuclearization talks with Washington at the end of last year, after Washington insisted Kim must dismantle his nuclear capabilities before sanctions relief is on the table.