North Korea released photos Sunday of what it claims is a thermonuclear weapon designed to fit atop an intercontinental ballistic missile (ICBM). 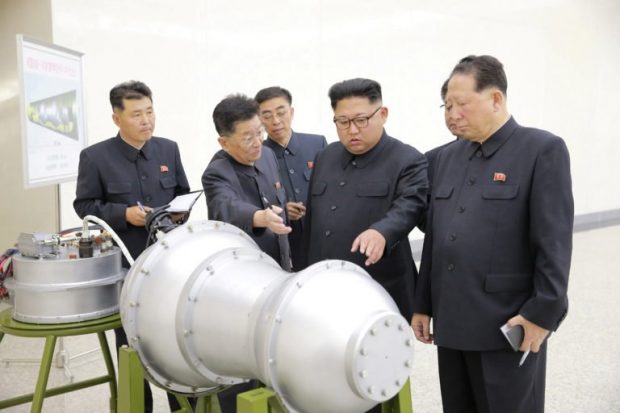 According to a statement from the Korean Central News Agency (KCNA), North Korean leader Kim Jong Un visited the country’s Nuclear Weapons Institute and later watched what Pyongyang describes as an “H-bomb” (hydrogen bomb) being loaded onto a missile.

“The institute recently succeeded in making a more developed nuke, true to the strategic intention of the WPK for bringing about a signal turn in nuclear weaponization,” an English translation of the statement reads. “He watched an H-bomb to be loaded into new ICBM.” 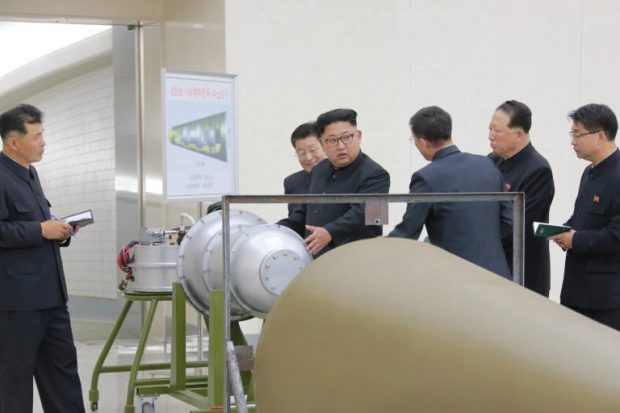 Pyongyang said the weapon could be used for an Electromagnetic Pulse (EMP) attack by detonating the warhead at high altitudes.

“The H-bomb, the explosive power of which is adjustable from tens kiloton to hundreds kiloton, is a multi-functional thermonuclear nuke with great destructive power which can be detonated even at high altitudes for super-powerful EMP attack according to strategic goals,” KCNA said. 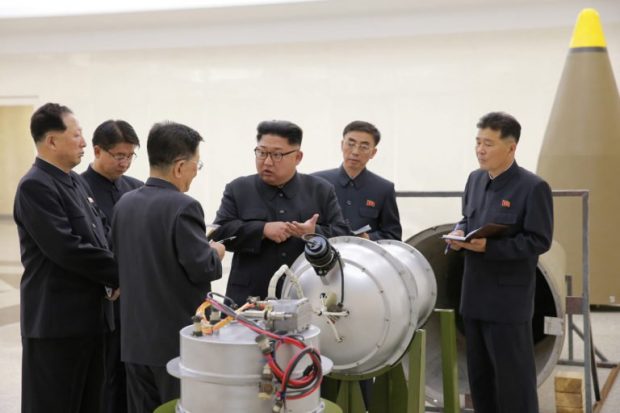 Kim also asserted that the components for the alleged hydrogen bomb were “homemade,” which allows the country “to produce powerful nuclear weapons as many as it wants.”

While the technical advancements of North Korea’s weapons program have surpassed the expectations of many, experts remain cautious on Pyongyang’s latest claims given the lack of independent verification.

“We cannot be certain whether DPRK has achieved this technology, but we know they have been signaling their intention to for some time.”

North Korea last year carried out its fourth and fifth nuclear tests, alleging the fourth to be that of a hydrogen bomb. Experts were skeptical and believed that a boosted fission weapon was likely used given the smaller than expected seismic activity at the Punggye-ri test site.

Reports from early August on a confidential U.S. intelligence assessment from the Pentagon’s Defense Intelligence Agency argued that Pyongyang had already produced a nuclear weapon for its ICBM.