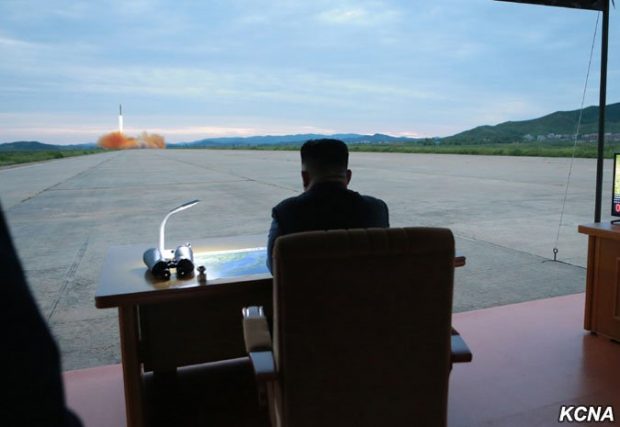 Pyongyang test-launched Tuesday a Hwasong-12 intermediate-range ballistic missile, which traveled 2,700 kilometers at a maximum altitude of 550 kilometers, that overflew the northern Japanese island of Hokkaido.

North Korea’s statement indicated the drill was intended to both train its artillery units for potential strikes against U.S. military bases on Guam and to push back against the ongoing U.S. and South Korean joint military exercise Ulchi-Freedom Guardian.

“Involved in the drill were Hwasong artillery units of the KPA Strategic Force tasked with striking the bases of the U.S. imperialist aggressor forces located in the Pacific operational theater in contingency and intermediate-range strategic ballistic rocket Hwasong-12,” an English translation of the KCNA statement said.

“As known to the world, the intermediate-range strategic ballistic rocket launching drill of the KPA Strategic Force was conducted as a part of the muscle-flexing to counter the Ulji Freedom Guardian joint military drills the U.S. and the south Korean puppet forces finally kicked off in disregard of the DPRK’s meaningful and crucial warning.” 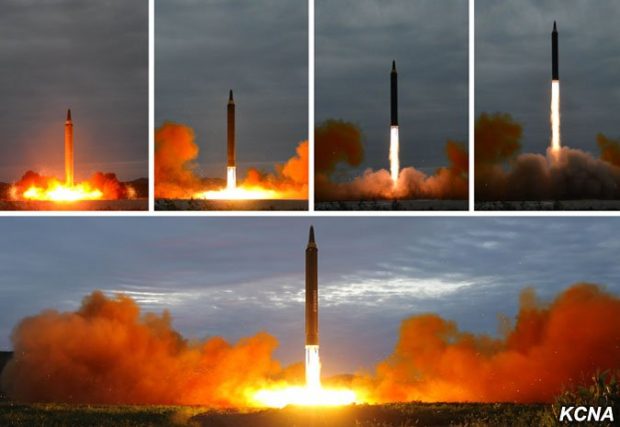 The test launch also aimed to “estimate and examine the posture” of North Korea’s military forces and to confirm the “actual war operation capacity” of the Hwasong-12 – a missile designed to carry a nuclear warhead.

“The drill was carried out through the combination of sudden maneuvers and strike in order to estimate and examine the posture of the KPA Strategic Force for prompt counteraction in contingency on the Korean peninsula and to confirm the actual war operation capacity of the intermediate-range strategic ballistic rocket newly equipped with by it.” 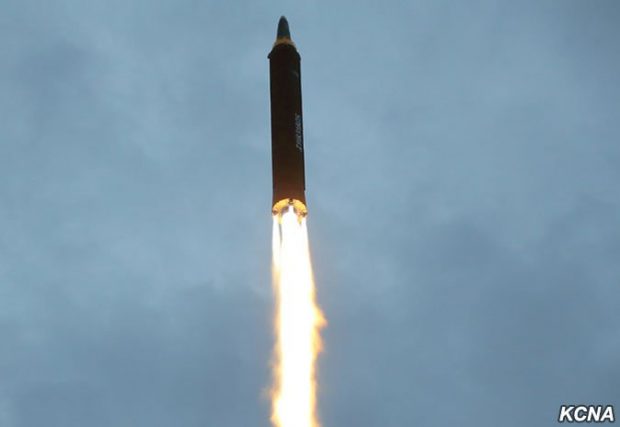 Kim later applauded the launch as an opportunity for the Hwasong artillery units to gain “good experience in their rocket operation for an actual war.”

“Praising the Hwasong artillerymen of the Strategic Force for being well versed in the newly equipped ultra-modern rocket system and properly operating it, he said the drill would offer them an opportunity for gaining a good experience in their rocket operation for an actual war,” the KCNA statement added. 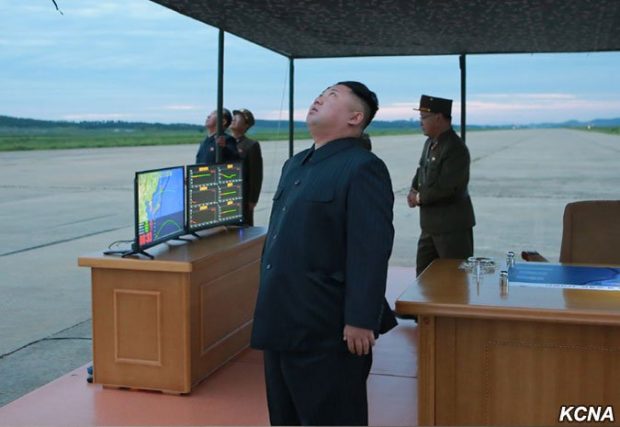 The North Korean leader, who called for further such drills overflying Japan, also characterized Tuesday’s launch as a “meaningful prelude to containing Guam.”

“Noting that the current ballistic rocket launching drill like a real war is the first step of the military operation of the KPA in the Pacific and a meaningful prelude to containing Guam, advanced base of invasion, he said that it is necessary to positively push forward the work for putting the strategic force on a modern basis by conducting more ballistic rocket launching drills with the Pacific as a target in the future,” KCNA said.

Kim warned any further launches from Pyongyang would depend on, among other things, whether the U.S. continues with its “bellicose war exercises for aggression.”

“Sternly saying that the U.S. answered the DPRK’s warning which it will closely watch the U.S. behavior with the bellicose war exercises for aggression, he added that the drill conducted by the Strategic Force is a curtain-raiser of its resolute countermeasures against the Ulji Freedom Guardian joint military exercises being conducted by the U.S. and its stooges,” the statement said.

“Noting that it is a lesson drew by the DPRK this time again that it should show action, not talk, to the U.S. imprudently denying the DPRK’s initiative measure for easing the extreme tension, he stressed that the DPRK will continue to watch the U.S. demeanors as already declared and decide its future action according to them.” 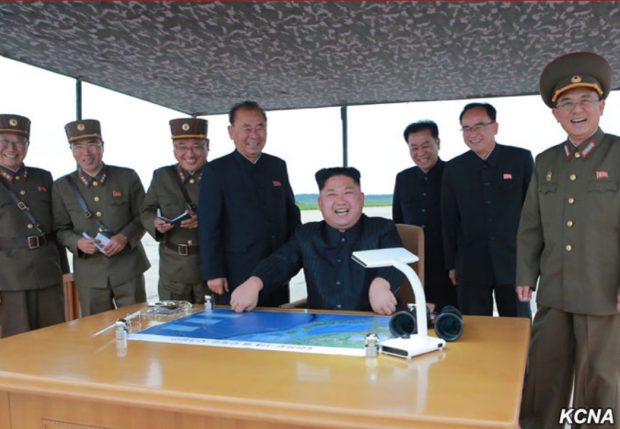 While provocative, experts believe Pyongyang’s statements signal an attempt to negotiate as tensions escalate in the Korean Peninsula.

On Wednesday, U.S. President Donald Trump responded to the missile launch by warning that “all options are on the table.”

“The world has received North Korea’s latest message loud and clear: This regime has signaled its contempt for its neighbors, for all members of the United Nations and for minimum standards of acceptable international behavior,” Trump said in a statement. “Threatening and destabilizing actions only increase the North Korean regime’s isolation in the region and among all nations of the world.”

Tuesday’s launch stirred fears among Hokkaido residents after messages from the Japanese government warned that the missile could potentially strike the island.

“I woke up with a Siren and an announcement that North Korea launched a missile that would possibly hit cities within Hokkaido,” a Twitter user said of the incident.

Japanese Prime Minister Shinzo Abe spoke over the phone with Trump Tuesday and also vowed to “protect the public” during an early morning press conference.

The Hwasong-12 test follows the launch of three short-range ballistic missiles Saturday that traveled in a northeastern direction 250 kilometers from Pyongyang.