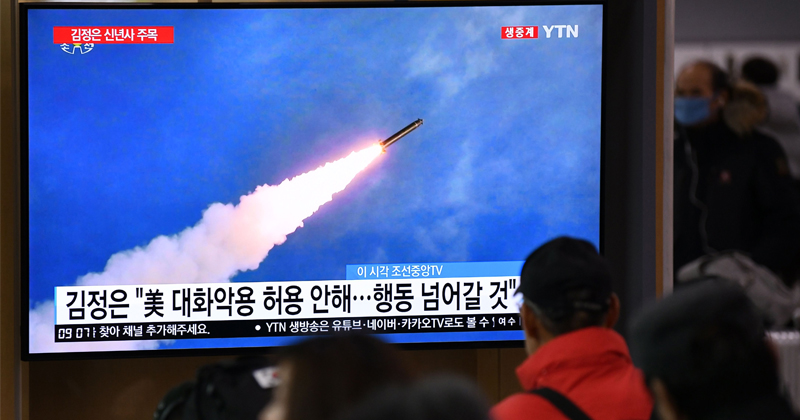 Is the Trump Administration finally coming around to the notion that disarming North Korea’s nuclear arsenal is never going to happen? Well, at least not while the Kims are still in power.

Since President Trump started his ‘bromance’ with Kim Jong Un, which briefly reemerged following the Dear Leader’s purported brush with illness, corners of the intelligence community have been grumbling to the press about how the president was being played by both Kim and his chief benefactor, President Xi and China, which accounts for more than 90% of North Korea’s foreign trade, and protects the Hermit Kingdom from harsher penalties and sanctions via China’s veto power at the security council.

As the administration ramps up its assault on Beijing as “decoupling” moves into hyperdrive, the DoJ on Thursday has unsealed an indictment against North Korean and Chinese nationals who are accused of operating a multibillion-dollar money laundering scheme to help fund North Korea’s nuclear weapons program.

The indictment charges 28 North Koreans and five Chinese nationals of using a web of more than 200 shell companies to launder more than $2.5 billion in assets through the international banking system. according to the NYT.

Ultimately, the money flowed back to the Foreign Trade Bank of the Democratic People’s Republic of Korea, North Korea’s primary, state-operated foreign exchange bank, which is also known as Josen Bank. It’s believed the money was then used to finance the country’s nuclear program, which is believed to have produced several rather rudimentary nuclear weapons, making NK an unacknowledged nuclear power (kind of like Israel).

Since succeeding his dead father as North Korea’s supreme leader, the third in the Kim dynasty, Kim has overseen four underground nuclear tests and has pushed for North Korea to heavily invest in its nuclear weapons and missile programs while its poverty-stricken people struggle to feed their families.

Under his leadership, NK flight-tested three intercontinental ballistic missile tests in 2017 (remember that?). Kim recently commanded the country’s top officials to start ramping up the country’s weapons program again as talks with the White House stalled, with both sides acknowledging that the impasse reached during a second global summit in Hanoi – the US insisted that NK must first give up some or all weapons to get sanctions relief, while NK insisted on a gradual schedule of relief in exchange for disarmament – remains insurmountable.