The other day in our local newspaper, there were three political columns on the editorial page, all three of them one-sidedly calling for gun control and moaning about America’s “Gun Culture.”

As a law-abiding gun owner, I must say that I am a part of America’s gun culture. I am proud of it. In addition, I often thank God for it.

During World War II, the most brutal fighting experienced by our military were the battles waged against the Japanese Imperial Army. Moreover, the inhumane conditions faced by our captured American POWs and the atrocities visited upon them by their Japanese captors was like nothing faced by most of those in German prison camps.

On Iwo Jima, over 7,000 American soldiers were killed, some of them forced to engage in hand-to-hand combat. About that same number of Americans lost their life at Guadalcanal.

Therefore, one can only wonder how many Americans — civilians and military alike — would have died had the Japanese chosen to invade the mainland of the United States.

Japanese General Yamamoto said, “You cannot invade the mainland United States. There would be a rifle behind every blade of grass.”

Their decision not to invade the United States was a direct result of what they believed to be America’s “gun culture.”
Therefore, you should thank God for it too.

During that same time, the Japanese invaded China, a nation without a gun culture.

In Nanking, the Japanese killed over 250,000 civilians.

The Japanese soldiers impaled infants on their bayonets, tossing them back and forth, spearing their bleeding, lifeless, tiny bodies on their guns like it was a game.

And had Yamamoto chosen to invade our mainland, then you would have seen the same nearly-unspeakable atrocities occurring right in the streets of America.

You should thank God for our gun culture.

Nearly every nation that practiced gun control has eventually seen their citizens wiped out in acts of mass murder or genocide.

The same thing would happen here as well.

America’s gun culture, I praise it; I enjoy it. I honor it. I celebrate it. I am proud of it. I write stories about it. I often spend my leisure hours participating in it. I fill my freezer and my belly with it.

America’s gun culture, I believe God instituted it, our Founders gave everything to establish it, and our military often died to protect it.

I believe in America’s gun culture. 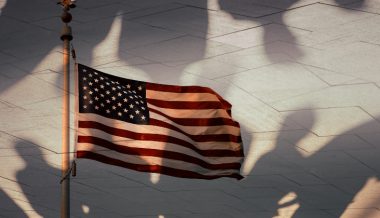