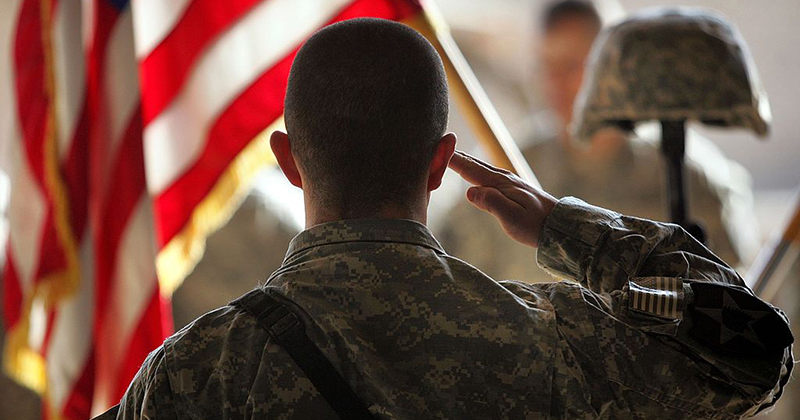 The Pentagon casually slipped in an update to their ever evolving casualty numbers from the Jan. 8 Iranian ballistic missile attack on Ayn al-Assad air base in Iraq, which the American public was initially told resulted in “no casualties” and that “all is well”:

“Of these 50, 31 total service members were treated in Iraq and returned to duty, including 15 of the additional service members who have been diagnosed since the previous report,” Pentagon spokesperson Lt. Col. Thomas Campbell said late Tuesday.

“Eighteen service members have been transported to Germany for further evaluation and treatment.”

To review, Trump’s first address to the nation following the major unprecedented attack on US forces in retaliation for Qassem Soleimani’s death indicated “no casualties” and that “all is well!”.

And two days after this the count shot up to 34, and it became evident that among these up to half had serious enough injuries to be evacuated to hospitals outside the country, with most transferred to Germany, and some later taken back to the United States for continued observation.

Four days following last Friday’s “34” update, we’re now up to 50 troops injured. In summary, the figures went from zero to 11 to 34 to 50… and who knows where from here.

It must also be remembered that US officials and media pundits slammed Iranian state media for its repeat claims that the Jan.8 ballistic missile attack resulted in major casualties. Iranian media went so far as to report emergency medical evacuations of US personnel from the scene. US officials scoffed and laughed at this “fake news” at the time — and just days ago the semi-official major Iranian media outlet Fars News had its English news website taken offline by order of US Treasury for sanctions violations and state propaganda.

But now we know the accurate headline in the wake of the attack should have read: “50 Americans Injured, Some Seriously…”.

So here’s the awkward truth: Iranian state media was closer to the truth than the Pentagon and US administration propaganda the public was fed.

‘THEY HAD HEADACHES’: President Trump told reporters injuries sustained by several U.S. service members airlifted from Iraq after the Iran missile attacks were “not very serious” compared to combat injuries he’s seen that have resulted in lost limbs. https://t.co/2UHJ5xQXUq pic.twitter.com/kKSbMOrXTL

The Pentagon has claimed the “concussion-like symptoms” didn’t immediately present themselves. Yet now we’re talking 50 troops close enough to missile impact sites to suffer head trauma — a number so large it would be impossible for the chain of command to “miss” what was the single most important attack on a US facility in years.

This evolving casualty count should be a major scandal, yet it’s barely elicited a yawn in the mainstream media.

As we’ve repeatedly pointed out since last summer’s “tanker wars”, Trump has painted himself into a corner on Iran, jumping from escalation to escalation (to this latest “point of no return big one” in the form of the ordered Soleimani assassination) — yet all the while hoping to avoid a major direct war. The situation reached a climax where there were “no outs” (Trump was left with two ‘bad options’ of either back down or go to war).

Thus when Iran finally launched a serious retaliation Jan.8, the “out” was simply to lie. The “no casualties” cover-up line was offered so Trump could quickly move on without the political pressure of being “forced” into retaliation tit-for-tat style, leading to war.

Ironically, it might be the first time the American public was force-fed naked war propaganda for the sake of not going to war.