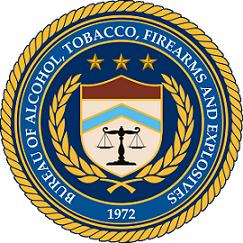 BATFE agents lost at least 49 agency-issued firearms between 2009 and 2013, according to a new report by the Milwaukee Journal-Sentinel. The newspaper reached its finding after reviewing materials obtained from the BATFE through a Freedom of Information Act request. Most of the lost firearms were handguns.

Previously, a 2008 report by the Department of Justice’s Audit Division concluded that over a 59-month period between 2002 and 2007, “76 weapons and 418 laptop computers were lost, stolen, or missing from ATF” and that “ATF’s rate of weapons loss per month has nearly tripled since Treasury’s 2002 audit.” Furthermore, “ATF staff did not report many of the lost, stolen, or missing weapons and laptop computers to ATF’s Internal Affairs Division as required by ATF’s property management policies.”

Fox News reports that the information reviewed by the Journal-Sentinel indicates that “ATF has a bigger problem with lost or stolen weapons than other federal law enforcement agencies.” Whether that is due to the types of investigations in which BATFE agents are engaged, carelessness, or some combination of the two is something we presume the agency will seek to determine, and follow with the appropriate corrective action.

Ironically, it is the BATFE that holds licensed firearm dealers accountable when their paperwork does not match perfectly with their inventories. In its FFL Compliance Inspections Fact Sheet, the agency reminds dealers that they are required to “account for firearms received and disposed.”

Of course, it is only a small number of BATFE agents who have been losing their issued firearms. However, there is a lesson to be learned in even the most limited failures. Thus we hope that the BATFE remembers to use common sense in dealing with unintentional paperwork mistakes encountered in FFL inspections. As a few of the agency’s own have repeatedly shown, even those who have the best of intentions occasionally make mistakes.

How Governments (and the Fed) Make Life Harder for Young Families