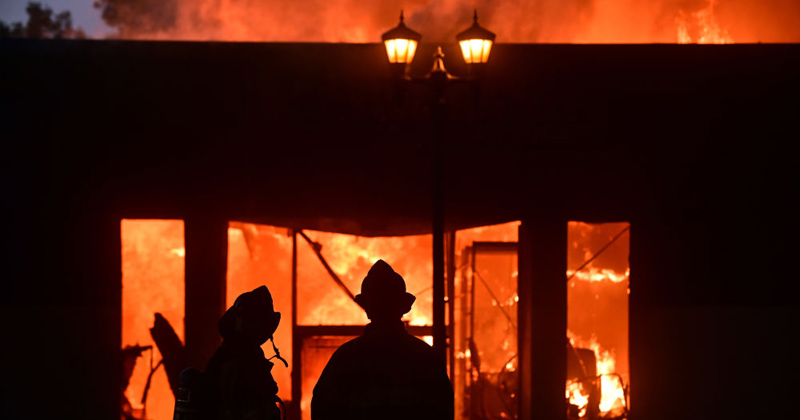 NPR downplayed the culprits behind the fire that gutted an African-American barbershop by stating “a fire destroyed it” in a headline covering the story.

For those simply reading NPR headlines on a RSS newsfeed, it could have been an electrical fire for all they know.

It’s as if the outlet didn’t want to admit that rioters were behind the fire because it’s not until the fourth paragraph that NPR links the fire to the unrest in Minneapolis, albeit doing so somewhat indirectly. 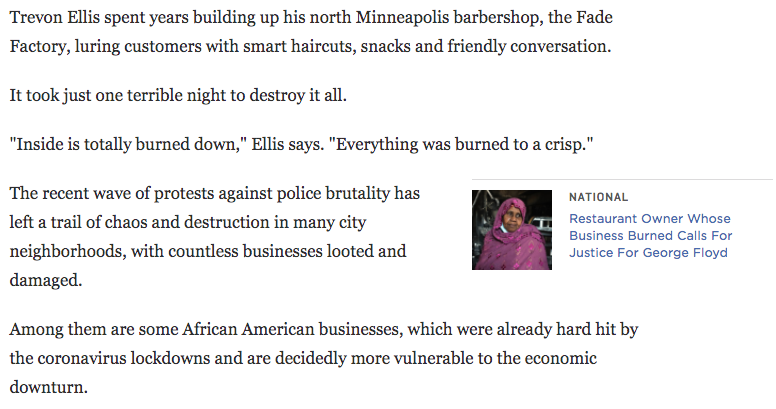 It’s also reminiscent of European news headlines that blamed “a truck” instead of the driver for mowing down pedestrians during a terrorist attack.

At least by reading through the article (up till the 15th paragraph), you can still tell the fire was straight-up arson during civil unrest, but it’s still an example of how legacy media has been reluctant to contribute mass looting and destruction to riots.

NPR wouldn’t even suggest the barbershop fire was part of a riot but rather a “recent wave of protests,” but really, what does protesting have to do with burning down an African-American barbershop that has nothing to do with the issue at hand?

Dictionary.com defines protest as “an expression or declaration of objection, disapproval, or dissent, often in opposition to something a person is powerless to prevent or avoid: a protest against increased taxation” and, used as a verb, “to give manifest expression to objection or disapproval; remonstrate.”

Compare that to its definition of riot as “a noisy, violent public disorder caused by a group or crowd of persons, as by a crowd protesting against another group, a government policy, etc., in the streets,” and, used as a verb, “to take part in a riot or disorderly public outbreak.”

In short, there’s a distinction between the two.