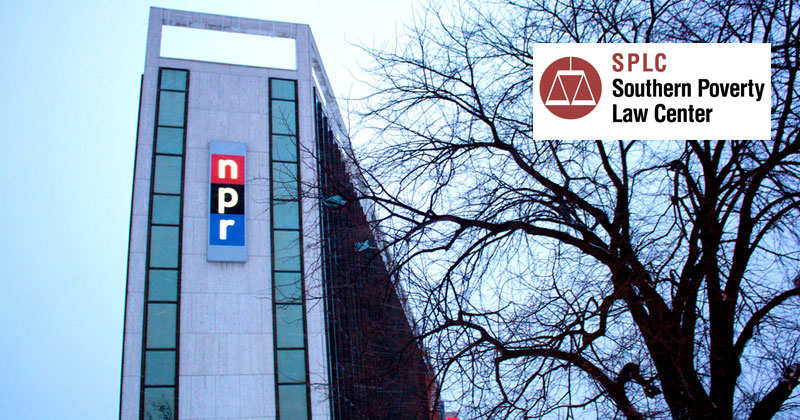 If you’re reading this article, chances are you will eventually become a white supremacist – that’s according to a representative of the Southern Poverty Law Center who recently appeared on NPR.

In an “All Things Considered” segment Tuesday, news website Infowars.com and its proprietor Alex Jones were slandered as a “gateway drug to white supremacy” by Heidi Beirich, the head of the SPLC’s Intelligence Project.

HEIDI BEIRICH: He’s in a way the gateway drug to white supremacy in the United States.

FOLKENFLIK: Heidi Beirich is the director of the center’s Intelligence Project. Beirich says Jones has not espoused explicitly racist views, but she adds this.

FOLKENFLIK: All of which makes Jones an astonishing person for Donald Trump to court. Yet, candidate Trump appeared on Infowars last December, just ahead of the primaries.

NPR of course neglected to inform its audience the SPLC was responsible for inspiring a gunman who opened fire at a conservative values organization’s office in 2012.

After the SPLC listed the pro-life Family Research Council as an “anti-gay” group on its website, 28-year-old Floyd Lee Corkins visited the building and shot a security guard. Corkins was later convicted of domestic terrorism and sentenced to 25 years in prison.

“In his plea agreement, Corkins acknowledged he identified the Council as ‘an anti-gay organization’ by visiting Southern Poverty’s website,” the Associated Press reported at the time. “The head of the Council, Tony Perkins, called on the group to stop labeling his organization and others hate groups because of their stance on gay issues. A spokeswoman for the Alabama-based Law Center did not immediately return a telephone message.”

Relying on its audience’s ignorance, the globalist funded-NPR admits Jones has never at any time espoused racist ideas, while at the same time labeling him “racist” out of the other side of their mouths.

This latest attempt by the SPLC to smear Infowars is part of the leftist organization’s continued agenda to disparage conservatives by lumping them in with various, actual hate groups.

Last year the SPLC was forced to remove an “Extremist Files” profile they had posted in 2014 of Dr. Ben Carson, who they categorized as an “Anti-LGBT” extremist because of his views on gay marriage. 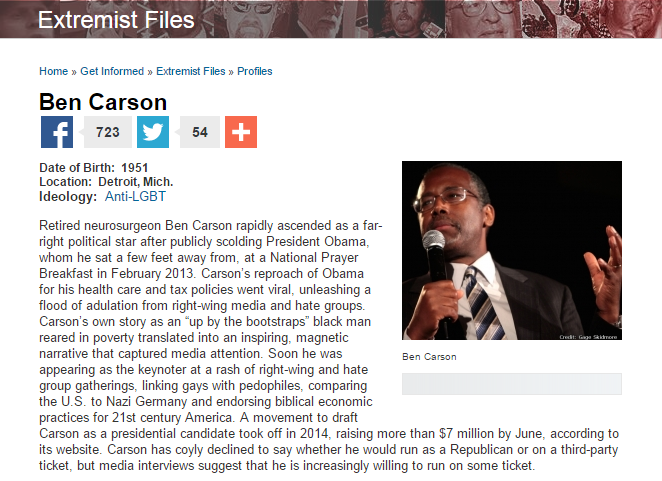 Quite to the contrary, and to the dismay of NPR, the SPLC and other liberal groups, Alex Jones has vehemently spoken out against the idiocy of hate groups, including at one time bullhorning the KKK in Waco, Texas.