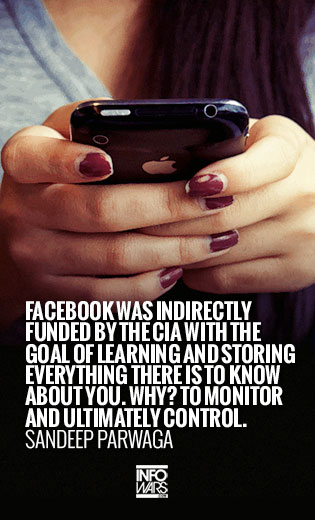 Earlier this week the European Commission’s attorney Bernhard Schima told the Court of Justice of the European Union (CJEU) the US-EU Safe Harbor framework does not work.

The framework process supposedly protects personal data. In 2013, however, it was discovered the NSA and its British counterpart — the GCHQ, short for Government Communications Headquarters — had siphoned off data transfers by tapping directly into under sea cable networks.

In fact, according to a lawyer representing the Austrian government before the CJEU, Safe Harbor is better suited for pirates than the protection of data of EU citizens. In other words, the system was designed to be hijacked by the NSA and GCHQ.

Edward Snowden had earlier revealed that the NSA’s notorious PRISM program had provided access to a number of US tech companies and social media services, including Facebook.

Facebook, Apple and Google have argued they had no idea the NSA was illegally vacuuming up customer data. Last year, however, Rajesh De, the NSA’s general counsel, said the companies knew about the practice.

In 2009, Mark Zuckerberg told the world Facebook is in essence a platform for harvesting data and conducting surveillance.

“People have really gotten comfortable sharing more information and different kinds,” he told an audience at the 2009 Crunchies Awards ceremonies in San Francisco. Zuckerberg said “sharing” data — that is, surrendering private data to the government and corporations — has become the “social norm.”

In 2007, Matt Greenop documented Facebook’s indirect connection to the CIA and the military industrial and now surveillance complex:

Facebook’s first round of venture capital funding ($500,000) came from former Paypal CEO Peter Thiel. Author of anti-multicultural tome ‘The Diversity Myth’, he is also on the board of radical conservative group VanguardPAC.

The second round of funding into Facebook ($US12.7 million) came from venture capital firm Accel Partners. Its manager James Breyer was formerly chairman of the National Venture Capital Association, and served on the board with Gilman Louie, CEO of In-Q-Tel, a venture capital firm established by the Central Intelligence Agency in 1999. One of the company’s key areas of expertise are in “data mining technologies”.

Breyer also served on the board of R&D firm BBN Technologies, which was one of those companies responsible for the rise of the internet.

Dr Anita Jones joined the firm, which included Gilman Louie. She had also served on the In-Q-Tel’s board, and had been director of Defense Research and Engineering for the US Department of Defense.

“Facebook may as well be called Stasibook,” I noted in 2012 when the corporation rolled out its IPO. “It is the most effective surveillance tool the world has ever known. Nearly a billion people love to be not so secretly data-mined, every chat and friend connection tucked into super-computer data reservoirs at the NSA.”

“The scientific dictatorship has done a ‘good’ job in brainwashing and manipulating the masses,” writes Sandeep Parwaga. “Don’t be fooled by the deceit. The mainstream media has been very reluctant to cover the disturbing Google/Facebook ties as it would expose important assets for the Big Brother machine and its secret use to destabilize.”