WASHINGTON, D.C. – Infowars.com have obtained credible information from law enforcement sources regarding individual records of U.S. citizens under National Security Agency (NSA) electronic surveillance in the years 2004 through 2010 – a database that suggests both Donald J. Trump and Alex Jones were under illegal, unauthorized government monitoring during those years.

Michael Zullo, formerly the commander and chief investigator of the Cold Case Posse (CCP), a special investigative group created in 2006 in the office of Joseph M. Arpaio, formerly the sheriff in Maricopa County, an Arizona State Certified Law Enforcement Agency, headquartered in Phoenix, Arizona, provided sections of the database to Infowars.com.

Sheriff Arpaio and Chief Investigator Zullo have identified dozens of entries at various addresses, including both Trump Tower in New York City and Mar-a-Lago in Palm Beach, Florida, under which Donald Trump was apparently under NSA electronic surveillance from 2004, during President George W. Bush’s term of office, through 2009, the first year of President Obama’s presidency.

Electronic surveillance of Donald Trump was listed in the database for the following companies, locations, and dates:

While attempts have been made to deny such domestic surveillance, reports from the New York Times in 2014 showed the Central Intelligence Agency had done just that by spying on a senate panel investigating the agency’s use of “enhanced interrogation.”

In a 2016 article from The Guardian entitled, “‘A constitutional crisis’: the CIA turns on the Senate,” it is likewise noted just how drastic and widespread the CIA’s domestic surveillance operation was. 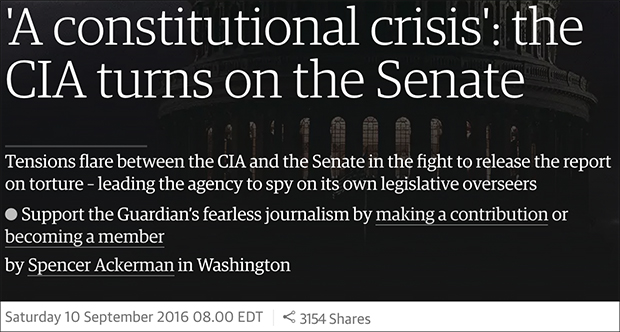 As revealed from the Dragnet database, not only was Trump himself surveilled but so were numerous employees of his located at Trump Tower.

Former CIA officer Larry Johnson recently joined the Alex Jones show to discuss how intelligence sources have stated that such surveillance of Trump during the presidential election in fact took place.

Here is a partial list of the Trump employees that show up in the Project Dragnet database:

All these employees appear to have been under NSA phone surveillance, plus various of them under financial surveillance as well.

The Project Dragnet database suggests Trump was under surveillance not only for phone conversations, but also for financial information, including most likely bank account transactions, credit card transactions, and tax filings.

Both federal and state law enforcement have had access to the Project Dragnet database, allowing widespread use for methods such as parallel construction. The practice, outlined in the 2013 Reuters article, “U.S. directs agents to cover up program used to investigate Americans,” reveals the breadth of information that trickles down to law enforcement from high-level intelligence agencies. 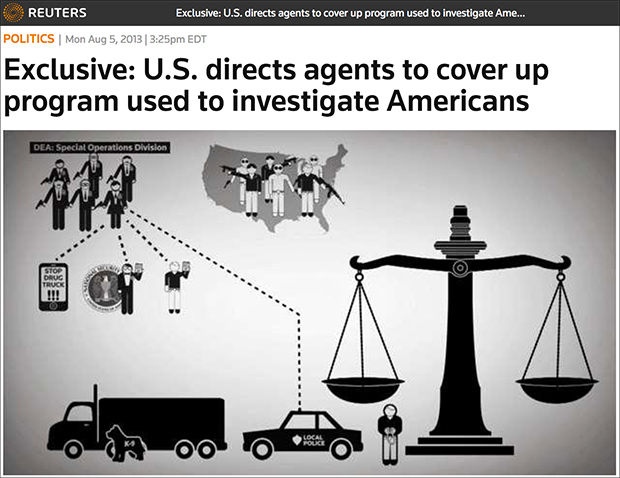 The Project Dragnet database also indicates that the NSA was conducting electronic surveillance on an extensive list of Trump employees in the years 2004-2010 – the only years for which Sheriff Arpaio had data.

Alex Jones is listed as being under electronic surveillance for phone records, as well as under surveillance for financial records, in 2006. The address listed for Alex Jones in the NSA Project Dragnet database was correct for his residence at that time. So too, Alex Jones confirmed the phone number listed was also correct.

Sheriff Arpaio and Chief Investigator Zullo have validated through law enforcement channels the validity of the name, address, and telephone numbers for the dates that appear in the Project Dragnet database.

Sheriff Arpaio and Chief Investigator Zullo are prepared to share relevant information with appropriate federal law enforcement agencies, including the FBI, as well as the Department of Justice, Homeland Security Department, the White House, and members of Congress the Project Dragnet Database in whole, or in part, as it pertains to NSA electronic surveillance of Donald J. Trump and his various employee.

Sheriff Arpaio and Chief Investigator Zullo also show up in the database, listed as being under both phone and financial surveillance.

Zullo explained that he and Arpaio came in contact with the information from Operation Dragnet during an unrelated investigation that began in October 2013 and ended January 2015.

A whistleblower by the name of Dennis Montgomery brought forward information that Montgomery alleges was collected while he was employed as a subcontractor for the NSA, working on various surveillance projects.

Court documents do verify Montgomery was contracted by the NSA, in part to develop computer breaching software that has been utilized in government mass surveillance operations targeting American citizens without legal justification.

While Montgomery’s credibility has been called into question, Zullo maintains that the amount of information provided by Montgomery related to Operation Dragnet was extraordinarily voluminous and that Montgomery had shared information with investigators in 2013 that is only now being revealed by media outlets.