In efforts to quell concerns over news of the agency’s unconstitutional spy tactics, the NSA is sending letters to family members of its employees and contractors to “reassure” that spying on the American people is done in the public’s best interest.

“We are writing to you, our extended NSA/CSS family, in light of the unauthorized disclosure of classified information by a former contractor employee,” the letter begins, referring to the disclosures by Booz Allen Hamilton contractor Edward Snowden, who is still claiming asylum in Russia.

“Some media outlets have sensationalized the leaks to the press in a way that has called into question our motives and wrongly cast doubt on the integrity and commitment of the extraordinary people who work here at NSA/CSS – your loved one(s),” the letter states.

Signed by NSA Director Gen. Keith Alexander and Deputy Director John Inglis, the letter goes on to attempt to justify the agency’s existence, in addition to offering counter-talking points to those who will inevitably encounter naysayers that hold privacy above security.

The letter also touches on the spurious reference that the NSA’s spying has kept us “safe from 54 different terrorist plots,” a claim disputed by Congressmen Mark Udall and Ron Wyden who, in the days following the revelations, said they had yet to see “any evidence showing that the NSA’s dragnet collection of Americans’ phone records has produced any uniquely valuable intelligence.”

In fact, FireDogLake writer Kevin Gosztola, who published the letter, says NSA Deputy Director Inglis had actually told Sen. Patrick Leahy during a hearing the number of terrorist plots thwarted with the aid of the NSA was actually closer to one.

The letter is sent more than three months after the agency was publicly outed as having backend access to several web firms’ servers, enabling it to gather information regarding the American people’s email and telephone communications.

In June, Snowden made headlines when he leaked PowerPoint slides to The Guardian revealing the extent of the NSA’s PRISM spy grid.

Gosztola also highlights the absurdity of Gen. Alexander calling his war room, which is in the likeness of the Star Trek Enterprise’s bridge, the “information dominance center,” while at the same time asking the American people not to regard the NSA as a “rogue element” but as a “‘national treasure’ that we all should shower with honor and praise.”

The letter concludes that the spy agency has “weathered storms before and we will weather this one together, as well.” 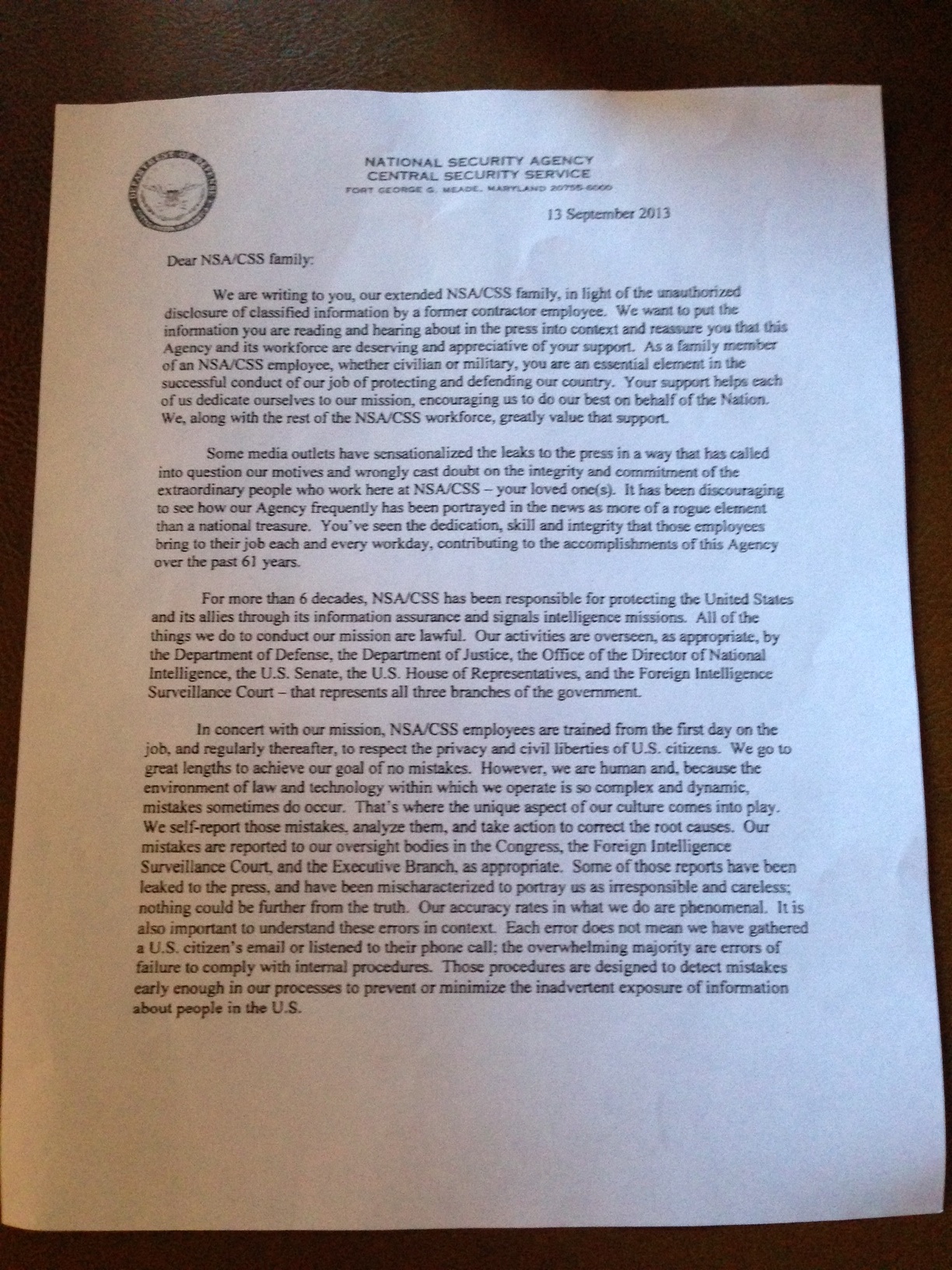 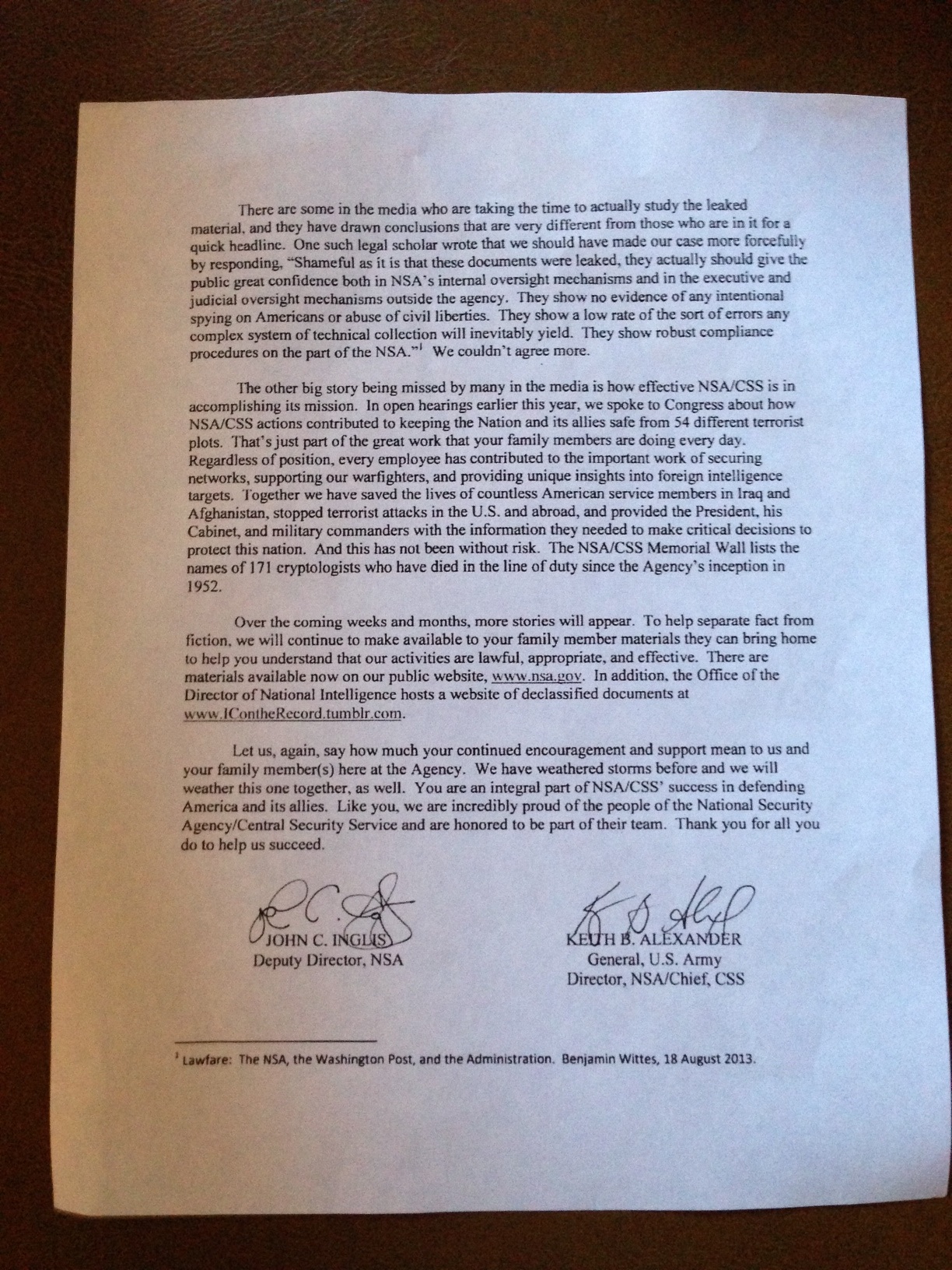