Judge’s opinion was not a legal argument

The startling thing about Judge Pauley’s opinion is that it reads like an NSA press release or a Tom Clancy script. It begins: 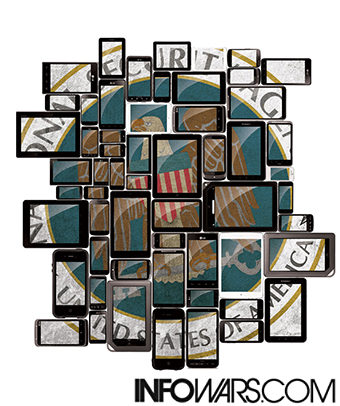 “The September 11th terrorist attacks revealed, in the starkest terms, just how dangerous and interconnected the world is. While Americans depended on technology for the conveniences of modernity, al-Qaeda plotted in a seventh-century milieu to use that technology against us. It was a bold jujitsu…The bulk telephony metadata collection program represents the Government’s counter-punch…”

Leaving aside the absurdity that cave-dwelling terrorists operating in a “seventh-century milieu” were able to pull off a highly coordinated and sophisticated attack — even if the government’s narrative could pass the sniff test – it is not a legal argument.

Judge Pauley’s role is to decide whether or not the government’s actions are legal. Whether they are effective or not, it is the role of various federal organizations to protect the country (which is not necessarily the same as protecting the government). Those organizations will come up with strategies, tactics and policies to protect the country. The judicial system’s role is to ensure that those strategies, tactics and policies don’t violate the law or violate the rights of the people — the purpose for which the government was created.

Yesterday I interviewed NSA whistleblower William Binney who as Technical Director of the World Geopolitical and Military Analysis Reporting Group was the person who really WAS tasked with judging the efficacy of the surveillance programs. He became a whistleblower because the NSA was clearly violating both the Constitution and their statutory mandate to keep the surveillance foreign. He also pointed out how ineffective the program was.

But what really troubles Binney is how the Foreign Intelligence Surveillance Act (FISA) was and is being used for domestic law enforcement. Data collected under the rationale of protecting the American public from foreign terrorists is being used by domestic law enforcement to prosecute individuals for crimes that have nothing to do with terrorism or national security.

“In 1972, the Supreme Court recognized that ‘criminal surveillances and those involving domestic security’ are distinct…”

But Judge Pauley ignores the distinction he points out and he ignores the abuses. He lays out an historical narrative that pretends there is pragmatic justification and appeals to statutory law like the FISA.

“Where, as here, core individual constitutional rights are implicated by Government action, Congress should not be able to cut off a citizen’s right to judicial review of that Government action simply because it intended for the conduct to remain secret by operation of the design of its statutory scheme. While Congress has great latitude to create statutory schemes like FISA, it may not hang a cloak of secrecy over the Constitution.”

Neither should judicial review be allowed to cut off citizens’ rights explicitly recognized in the Constitution or cover violations of statutory law with a “cloak of secrecy.” But that is what Pauley and others claim a 1979 Supreme Court decision, Smith v. Maryland, allows them to do. Interestingly, this case was a domestic criminal case and as Pauley pointed out, criminal cases are distinct from domestic security. But he ignores the distinction when it suits his purpose.

In one flawed decision (Smith), the government maintains that it gave itself the right to collect any and all information about you from a third party that they could bribe, cajole or blackmail. This decision is the basis of turning America not just into a surveillance police state but a society of government informants and snitches. Corporations become the willing informants and government becomes the muscle as America sinks into a technological despotism far worse than anything the Stasi could imagine.

And it gets even worse. As William Binney pointed out, the NSA plays semantic games about even what constitutes “collection.” If the NSA captures and stores information and even turns that information on over to the FBI, DEA, or DHS, it is not considered “collected” unless and until an NSA employee looks at it. The government lies to our faces.

That’s what is so infuriating and perverse about the actions of our government and the judges that cover up their crimes with a cloak of secrecy and a phony appeal to security.