WMR has learned that the National Security ‘Q’ Group, responsible for security, has grown to an immense security and counter-intelligence force, with an estimated one thousand government employees, contractors, and paid informants. NSA’s Security force is reportedly primarily tasked with plugging any leaks of classified or other information that points to U.S. government’s involvement with the terrorist attacks on September 11, 2001.

NSA Security has doggedly pursued a number of NSA employees, some in ‘sting’ operations, others in frequent polygraphs and repeated security interviews where threats are made by thuggish NSA security agents with and without the presence of FBI agents, and others in constant surveillance operations at their homes, churches, and other locations away from the Fort Meade, Maryland, headquarters of the agency.

The most egregious NSA Security operation against an NSA employee was the 2004 arrest of NSA analyst Ken Ford, Jr. Ford became a target of opportunity for NSA Security and the FBI after Vice President Dick Cheney noted his name on an NSA signals intelligence report on Saddam Hussein’s government that stated that there was no proof from interceptions of Iraqi communications that Saddam Hussein possessed ‘weapons of mass destruction.’

Cheney and other neocons in the Bush White House arranged for a ‘sting’ operation to be mounted as retribution against Ford. Ford was charged with taking classified papers home from NSA headquarters, something that is quite impossible considering the stringent security in place at one of the most-secured complexes in the world.

Ford was convicted by a tainted jury and sentenced to seven years in federal prison. Ford, who is African-American, originally had an African-American federal trial judge. However, the judge was replaced by a pro-Iraq war Jewish U.S. judge, Peter Messitte, who set out to ensure a guilty conviction of Ford in cahoots with Jewish U.S. Attorney for Maryland Rod Rosenstein, and Jewish Assistant U.S. Attorney for Southern Maryland David Salem, both Bush appointees. Nothing was done by the judge or prosecutors to dismiss from the jury a contractor whose company had major contracts with NSA. The trio of Messitte, Rosenstein, and Salem have also ‘rocket-docketed’ a number of cases, resulting in slam-dunk convictions, against Arab- and Iranian-Americans in the southern district of Maryland.

NSA’s Security chief is Kemp Ensor III. Ensor has built up what amounts to a massive law enforcement and intelligence agency in Maryland that operates as a virtual independent operation that answers to no one. Maryland’s congressional delegation has shown little interest in oversight over the security operation.

In fact, WMR has learned that many NSA employees, aware of the political and other misuse of their agency by the Bush-Cheney administration, avidly backed Barack Obama for president hoping that the past era when NSA complied with the Foreign Intelligence Surveillance Act (FISA) and the Fourth Amendment of the Constitution would be restored. However, many NSA employees are bitterly disappointed that Obama has done nothing to curtail not only the widespread surveillance of the communications of law-abiding Americans but the constant ‘Stasi-like’ harassment and surveillance conducted by Ensor’s team of agents and confidential informants.

WMR has also learned that NSA Security has been authorized to work directly with Washington area local police department intelligence divisions to carry out its surveillance of not only NSA employees and contractors, but journalists who report on the activities of NSA. Two police departments mentioned in this respect are the Alexandria, Virginia, and Anne Arundel County, Maryland, sheriff departments.

One senior level NSA official recently found himself sitting in front of NSA Security questioners asking why he gave his NSA business cards to some students at a university. It turns out the official was trying to recruit students for NSA employment. When the official asked why there was a problem in his handing out his business cards, the answer by NSA Security was that some of them, all American citizens, had ‘Russian last names.’

[efoods]Even former NSA employees and contractors are being subjected to continual NSA Security surveillance and harassment at their work places and other locations, according to WMR’s sources. Some have lost their jobs as a result of pressure from NSA Security.

WMR has in the past reported on NSA surveillance of journalists. On December 28, 2005, we reported: ‘WMR has learned that the National Security Agency (NSA), on the orders of the Bush administration, eavesdropped on the private conversations and e-mail of its own employees, employees of other U.S. intelligence agencies — including the CIA and DIA — and their contacts in the media, Congress, and oversight agencies and offices. The journalist surveillance program, code named ‘FIRSTFRUITS,’ was part of a Director of Central Intelligence (DCI) program that was maintained at least until October 2004 and was authorized by then-DCI Porter Goss. FIRSTFRUITS was authorized as part of a DCI ‘Countering Denial and Deception’ program responsible to an entity known as the Foreign Denial and Deception Committee (FDDC). Since the intelligence community’s reorganization, the DCI has been replaced by the Director of National Intelligence headed by John Negroponte and his deputy, former NSA director Gen. Michael Hayden.’

NSA Security is also able to utilize the agency’s most sophisticated electronic surveillance systems to monitor the activities of journalists. The cell phones of journalists are routinely used as listening devices, even when turned off. And what was considered a sure-fire method of avoiding having a cell phone used as a transmitter, removing the batteries in what has become known as ‘batteries out’ conversations, is no longer safe. Even when the batteries are removed, the global positioning system (GPS) chip in cell phones continues to have enough residual power that two to three pings from satellites can give away a person’s location and what other uniquely identifiable cell phones are at the same location.

The bottom line is that a number of NSA personnel who were on duty in the months leading up to 9/11, the day of the attacks, and subsequent weeks and months, are aware of undeniable facts that point to a massive cover-up by the Bush-Cheney administration of the circumstances surrounding 9/11, including what actually befell United Airlines flight 93 and who was issuing direct military orders from the White House.

The Obama administration, rather than lessen the pressure on the NSA personnel, has turned up the heat and is resorting to even more draconian methods to ensure silence. The word from inside NSA is that a state of fear exists and the mission of the agency, to conduct surveillance of foreign communications to provide threat indications and warnings to U.S. troops and policy makers and protect sensitive U.S. government communications from unauthorized eavesdropping is suffering as a result. 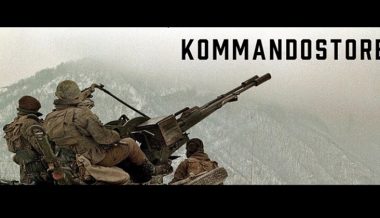