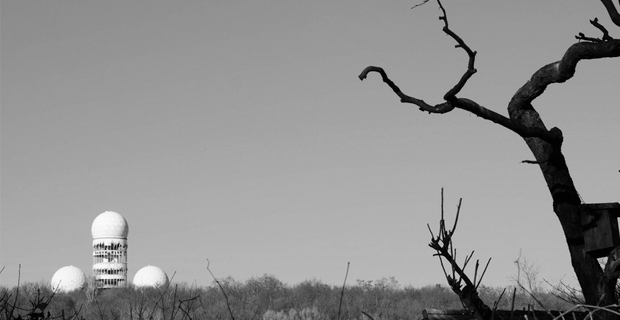 he United States has made top-secret deals with more than 30 third-party countries so that the National Security Agency can tap into fiber optic cables carrying internet data in those parts of the world, new leaks reveal.

Documents provided by former NSA contractor Edward Snowden and published on Wednesday by journalists at The Intercept and Denmark’s Dagbladet Information show publically for the first time an intelligence gathering operation waged in 33 countries where secret arrangements exist to broaden American surveillance abilities.

The previously unreported NSA operation — a program codenamed RAMPART-A — “sweeps up a vast amount of communications at lightning speed,” according to Ryan Gallagher of The Intercept, by letting the NSA tap into broadband internet cables containing web traffic that might not be otherwise easily obtainable from the originating country.

“It has already been widely reported that the NSA works closely with eavesdropping agencies in the United Kingdom, Canada, New Zealand, and Australia as part of the so-called Five Eyes surveillance alliance,” Gallagher wrote. “But the latest Snowden documents show that a number of other countries, described by the NSA as ‘third-party partners,’ are playing an increasingly important role – by secretly allowing the NSA to install surveillance equipment on their fiber-optic cables.”

Together, The Intercept and Dagbladet Information have published a handful of classified internal NSA documents in which the clandestine program and its abilities are revealed for the first time, in turn showing how the US intelligence agency can suck up several terabits of data in only a second by tapping into these cables at intersections where the world’s internet traffic transverses outside of America’s physical borders.

Leaked documents provided by Snowden have previously shown how the US taps into these cables in allied countries where arrangements already exist, either with or without the host nation’s cooperation. According to the latest leak, however, RAMPART-A puts the NSA in places where it is able to collect intelligence pertaining to foreign persons that wouldn’t be easy to gather with existing agreements.

“If you look at a map of the Internet, there are surprisingly few trunks. Most data flows through a surprisingly small number of choke points. If you get access to them, you get access to everything,” security expert Bruce Schneier told Dagbladet Information. “The goal must be to cover the most of the world with as few access points as possible. A lot of Internet traffic flows through the US but a bunch doesn’t. So you’re going to look in places in the world where the data is, if not in the US.”

“If your country is in a key location, and if a lot of interesting traffic happens to flow through it, that makes you an important partner,” added another expert, Mikko Hypponen, to the Danish paper’s report.

The NSA declined to comment on “specific, alleged foreign intelligence activities” when approached by both outlets. Previously disclosed leaks concerning the agency’s eavesdropping on foreign intelligence, with and without permission, have generated immense criticism from those countries, however, and has rekindled an international debate on surveillance.

Snowden, 31, is currently in Russia, where he was awarded asylum last year after leaving the US with a trove of classified NSA files taken from the agency during his tenure as a systems administrator for the American government, and is now wanted for espionage as a result.