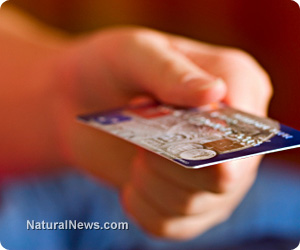 The pace of transformation of America from a productive, pull-up-your-boots society to one hooked on government handouts is quickening, as new data indicates an explosion of growth in a program once considered a short-term fix for people temporarily down on their luck.

According to government figures, enrollment in the Supplemental Nutrition Assistance Program, otherwise known as SNAP, has more than doubled in 10 years – and rose even during times of good economic growth.

U.S. researchers said that SNAP enrollment has doubled to 47 million in a decade, but for the first time, enrollment in the program even expanded during periods of economic growth.

As reported by UPI:

During the 2003-07 expansion, the SNAP case load, — in a break with historic trends — rose 24 percent, the Center for Retirement Research at Boston College reported. CRC economists Matt Rutledge and April Yanyuan Wu said one reason is a change in the longstanding correlation between poverty and the unemployment rate.

Does the program even work as advertised?

At one time, poverty in the U.S. would fall as the jobless rate declined, which led to a resultant reduction in food stamp program enrollment. But the researchers say poverty did not decline as the economy grew in the mid-2000s, and the SNAP enrollment figures have continued to climb in the years following the Great Recession of 2007-08.

The economic researchers said the assumption had always been that a strong labor market would curb the need for food stamps. However, this new trend now suggests that rising employment might not be enough any longer.

According to UPI, Feeding America, a non-profit group, says 76 percent of households using SNAP benefits included a child, someone who is considered elderly or a disabled person. These households receive 83 percent of all SNAP benefits – paid to households with a gross income not in excess of 130 percent of the poverty line established by the federal government.

“The majority of SNAP households have income well below the maximum — 83 percent have gross income at or below 100 percent of the poverty guideline, $19,530 for a family of three in 2013. These households receive about 91 percent of all benefits,”UPI reported, quoting figures from Feeding America.

That said, clearly there is much abuse that has been associated with the SNAP program, including – but not limited to – the selling of SNAP benefits via online forums like Craigslist and at local retailers who “buy” electronic benefits cards for a fraction of the amount for which they are redeemable. The retailer gets the card and redeems it with the federal government; the card seller gets a cash payment from the retailer.

A recently published study by the CATO Institute found that the SNAP program was not only the fastest-growing federal entitlement program, but one of the most abused.

This many households living in hunger has raised significant questions about whether the growth of SNAP has been justified and whether it successfully addresses hunger in America. The evidence suggests that much of the increase was due not to the economy but to deliberate policy choices by both federal and state governments, which loosened eligibility standards and actively sought new participants.