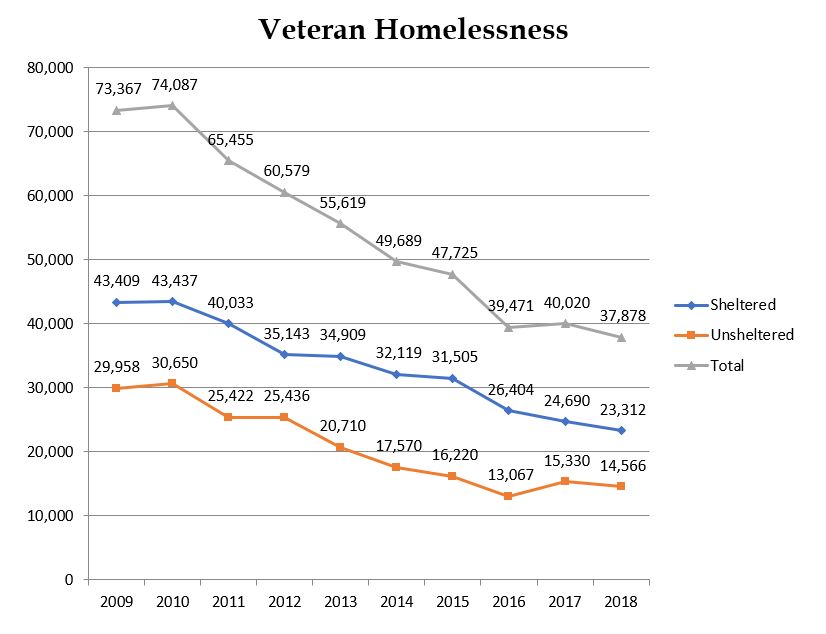 The number of homeless veterans dropped during President Trump’s first year in office, according to government statistics.

“This year’s estimate finds 37,878 veterans experienced homelessness in January 2018, compared to 40,020 reported in January 2017,” according to a press release published Thursday.

The current number of homeless vets is nearly half of what was reported in 2010, the department added.

In that year, nearly 75,000 vets were labeled homeless by the government, and since then there’s been a steady decline except for an upswing in 2016.

The 5.4% decline reversed the upswing.

“The reduction in homelessness among veterans announced today shows that the strategies we are using to help the most vulnerable veterans become stably housed are working,” said VA Secretary Robert Wilkie. “This is good news for all veterans.”

Veteran support was one of President Trump’s major campaign issues during his 2016 campaign.