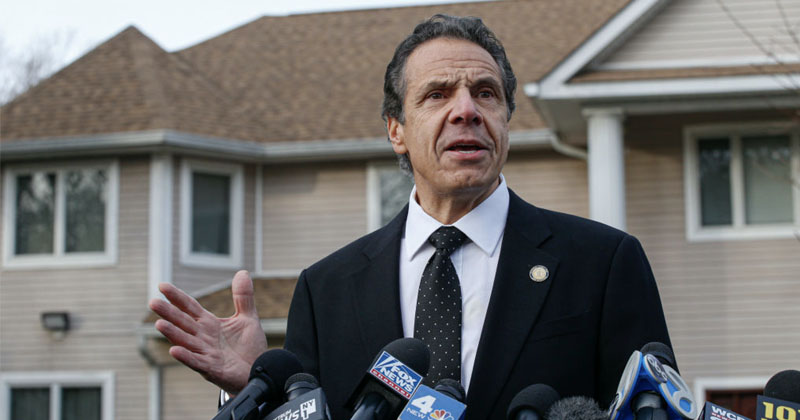 New York Governor Andrew Cuomo said the stabbing in a rabbi’s home next to a synagogue in Monsey, NY that left five people wounded is “an act of domestic terrorism” fueled by intolerance.

Five Hasidic Jews were stabbed by a machete-wielding attacker who broke into the house of Rabbi Chaim Rottenberg late on Saturday night. The perpetrator, allegedly a black male, slashed at victims indiscriminately as they attempted to flee the chaotic scene.

“This is intolerance meets ignorance meets illegality,” Cuomo told reporters on Sunday, calling the attack the 13th incidence of anti-Semitism in recent weeks. “This is violence spurred by hate, it is mass violence, and I consider it an act of domestic terrorism.”

Police have arrested the alleged perpetrator, though his possible terrorist motives are unknown. The man was arrested without struggle in Harlem shortly after midnight. He has been identified as 37-year-old Grafton Thomas, and will face five counts of attempted murder and one count of burglary, Police Chief Brad Weidel told AP.

The attack took place during the Jewish holiday of Hanukkah, as Rabbi Rottenberg was hosting around 100 people in his home for the lighting of the candle marking the seventh night of the holiday. The rabbi’s home is located in Rockland County, which has the highest per-capita population of Jews of any US county.

The New York Police Department’s counterterrorism unit said it is “closely monitoring” the incident. Prior to the attack, Mayor Bill de Blasio announced that the NYPD would step up patrols in Jewish neighborhoods of New York City, citing a string of recent anti-Semiti attacks.

According to the founders, morality was an essential component to the Republic of these United States.

Also, be sure to start the new year right by taking advantage of our End Of The Year Mega Blowout Sale with up to 75% off a range of amazing products!