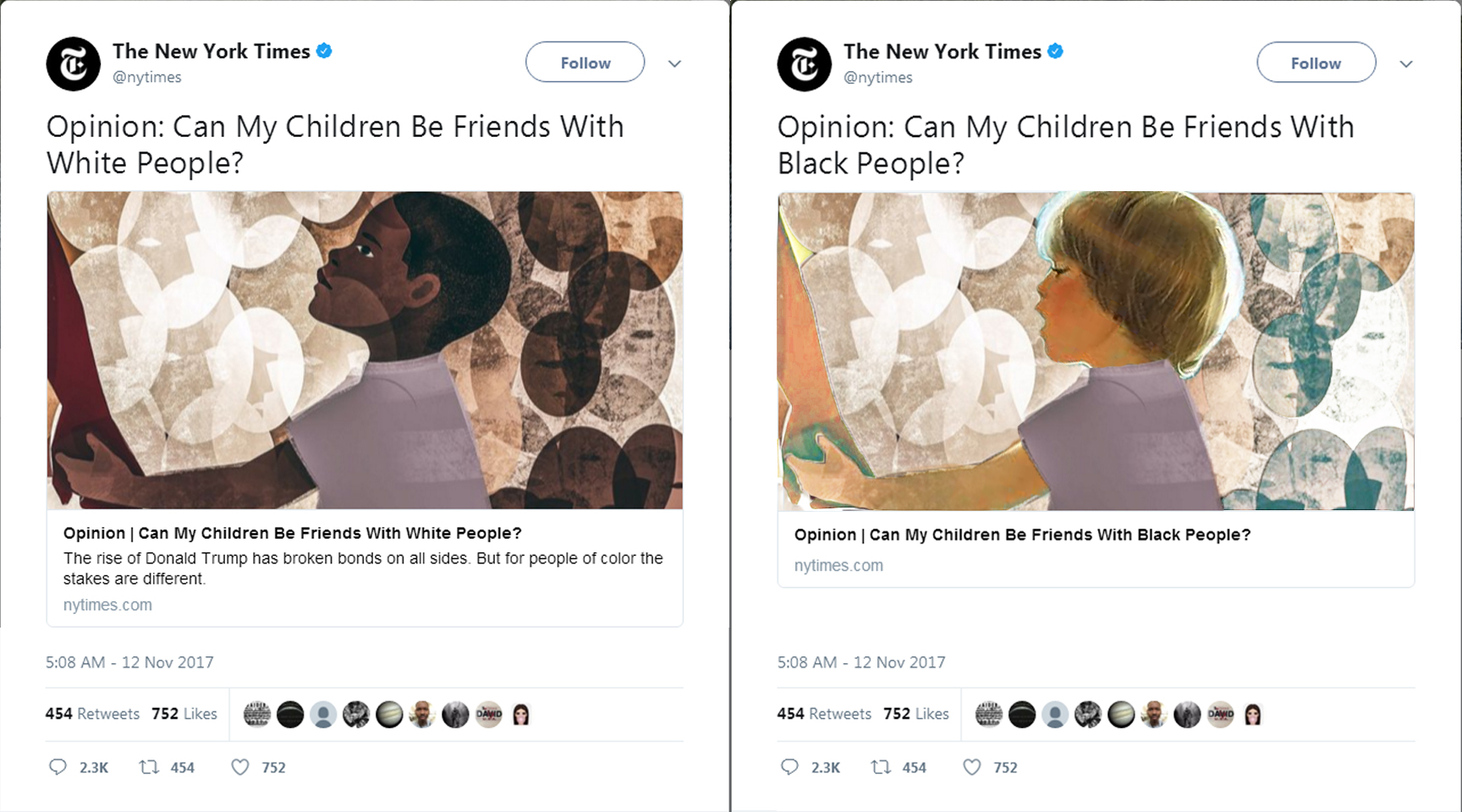 A professor at Yeshiva University’s Cardozo School of Law wrote an op-ed for the New York Times questioning whether his children can be friends with white people.

His conclusion was no.

“Donald Trumps election has made it clear that I will teach my boys the lesson generations old, one that I for the most part nearly escaped,” Professor Ekow N. Yankah wrote Saturday. “I will teach them to be cautious, I will teach them suspicion, and I will teach them distrust. Much sooner than I thought I would, I will have to discuss with my boys whether they can truly be friends with white people.”

Speaking of “white” Trump “apologists” who voted for Trump yet “bristle at the accusation that they supported racism” and assume “a single vote does not mean we can’t be friends,” Yankah said: “I do not write this with liberal condescension or glee. My heart is unbearably heavy when I assure you we cannot be friends.”

Opinion: Can My Children Be Friends With White People? https://t.co/BRfO6tRVuW

Imagine for a moment if a white college professor wrote a column on a mere blog titled, “Can my children be friends with black people?”

Do you think he’d keep his job and get hired by the New York Times?

Incidentally, just a few hours before this column, the Times ran another column titled, “We’re sick of racism, literally.”

While you may have assumed from the headline it was “anti-racist,” the article in fact singled out white people and said their “racism” towards blacks and Latinos may be causing them to become physically ill.

“[I]n 2008, researchers studied the effects of discrimination on blood pressure,” the Times’ Douglas Jacobs wrote, an internal medicine resident at the Brigham and Women’s Hospital and Harvard Medical School. “Black and Latino study participants recorded their interactions with perceived racism and were outfitted with blood pressure monitors. The results were striking. While blood pressure normally dips at night, those who said they’d experienced racism were more likely to have blood pressure that did not — and this has been strongly linked to increased mortality. Over time, this high blood pressure hardens our arteries, increasing the risk of a clot forming in our hearts or brains.”

Even though blacks and Latinos have higher life expectancy in America than in their own countries, according to the New York Times merely being in the presence of racist white devils is causing them to die.

We all must thank the New York Times for doing their part to ease racial tensions in America.