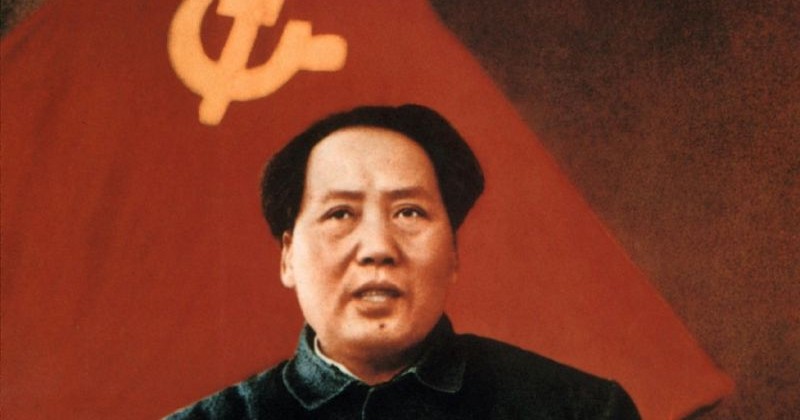 The New York Times was forced to delete a tweet that praised Communist dictator Mao Zedong – who was responsible for the deaths of around 45 million people – as a “great revolutionary leader.”

Under Mao’s Great Leap Forward policy, over the course of just 4 years between 1958-1962 some 45 million people starved to death, making it the biggest episode of mass murder ever recorded.

Countless other victims also lost their lives as a result of Mao’s ruthless oppression, incarceration and execution of political adversaries who stood in his way.

That historical context was noticeably absent when the NY Times effusively tweeted about how Mao, “died one of history’s great revolutionary figures.” 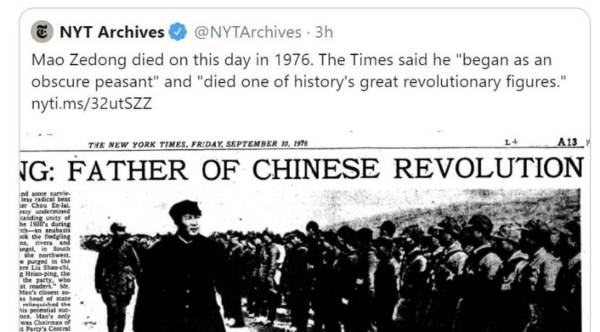 The newspaper was forced to walk it back after a huge online backlash.

This is by no means the first time the New York Times has run defense for the most genocidal leader of the entire 20th century.

In a 1973 op-ed, globalist David Rockefeller praised Chairman Mao for leading “one of the most important and successful” social experiments in “human history.” 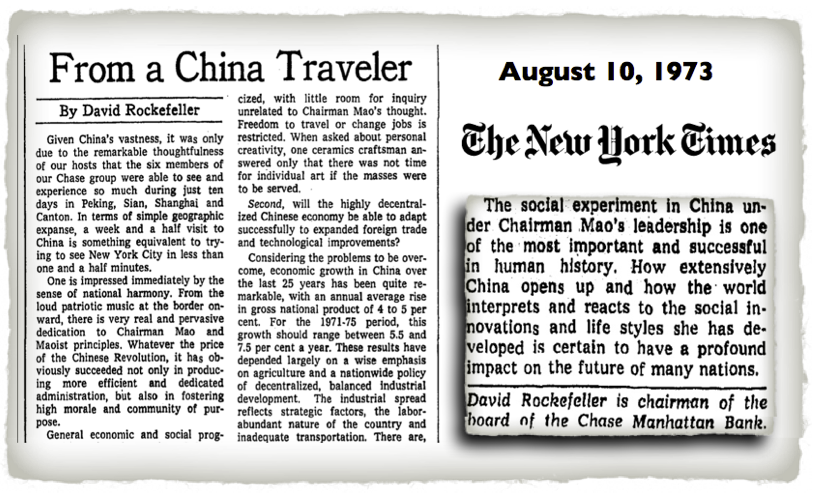