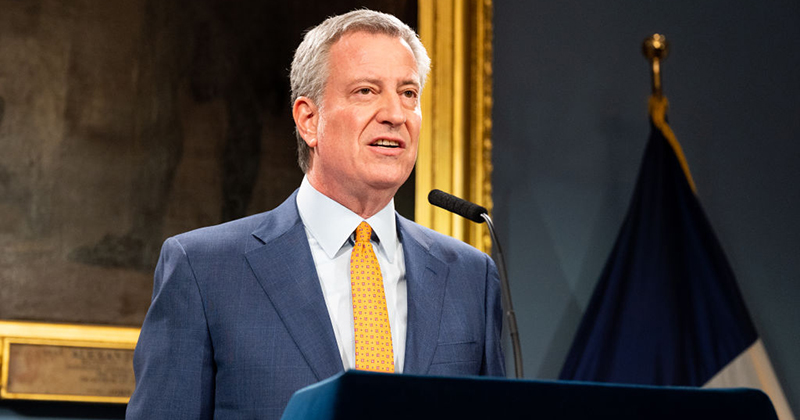 “There is no food shortage and grocery stores will remain open. We’re taking these steps to help protect Angelenos, limit the spread of the novel coronavirus, and avoid putting a dangerous strain on our health care system.

This will be a tough time, but it is not forever. Angelenos have always risen to meet difficult moments, and we will get through this together.”

Update (1030ET): After announcing earlier that restaurants and venues would be enforced to ensure no more than 50% occupancy, Mayor Bill de Blasio just tweeted that he is ordering all “nightclubs, movie theaters, small theater houses, and concert venues to close”. That leaves restaurants still open, but with max 50% occupancy, as the city encourages residents to order our and stay in instead of venturing anywhere outdoors.

Nightclubs, movie theaters, small theater houses, and concert venues must all close. The order will go into effect Tuesday, March 17 at 9:00 AM.

He added that this isn’t a decision he takes lightly, and added that these places “are the heart and soul of our city.”

This is not a decision I make lightly. These places are part of the heart and soul of our city. They are part of what it means to be a New Yorker. But our city is facing an unprecedented threat, and we must respond with a wartime mentality.

This crisis will last months and it will get worse before it gets better.

But it will get better.

From September 11th to the financial crisis, the world has always looked to New York City to respond and to lead.
And we always do.

It's time to show that to the world again.